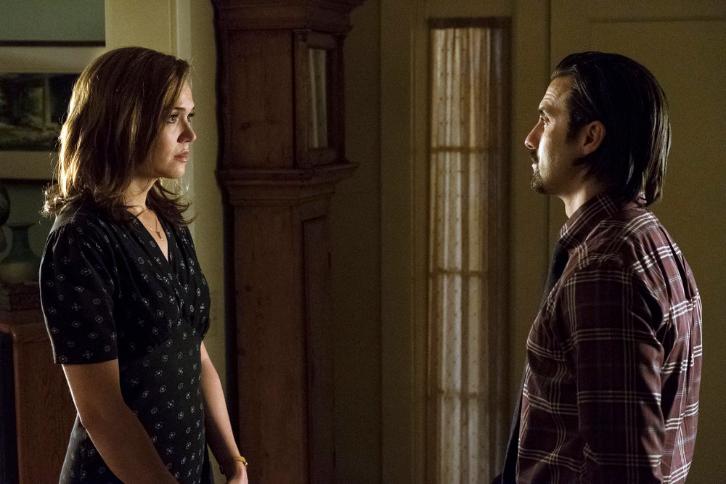 03/07/2017  (09:00PM - 10:00PM) (Tuesday)     :  The entire Pearson family gathers at Randall's for an unusual party. Kevin and Sophie's relationship deepens on the night of his play's premiere. Kate struggles to open up to Toby about her father's death. Tensions are high between Jack and Rebecca as she leaves on tour with her band.

Take a deep breath and let's talk about #ThisIsUs. pic.twitter.com/M2f9fwZvOA

While Randall was able to honor his father's life by visiting where he grew up, the next episode will see the rest of the characters pay tribute to William. "There's a memorial of sorts," teased Brown. "There’s a gathering at Randall’s house — most gatherings seem to take place at Randall’s house. William leaves specific directions on how he wants to be memorialized, and he leaves specific directions that he doesn’t want it to be a sad event. So we take that mantle up and try to honor his wishes in the best way possible."

Plus, like Brown mentioned, this is not the last anyone will see of William. Producers and Cephas Jones himself have confirmed that the actor will return in season two. There's a lot more of William's life to cover, and Cephas Jones hopes to explore more of the decades between giving Randall up for adoption and reconnecting years later.

Source:
Read More on THR
What can you say about the final two episodes of the season?

I’m very proud of how we’re ending the season, starting with the last episode when Kevin (Justin Hartley) ran to Randall in the office and now this "Memphis" episode. Next week deals with the opening of Kevin’s play as well as the memorial. Everybody is kind of involved in the finale in different ways but it’s really a Jack and Rebecca (Mandy Moore) episode. There’s a lot of weight to it.

Source:
Read More on THR
ENTERTAINMENT WEEKLY: We know how the audience is feeling right now after watching that episode. How did you feel after making it?

DAN FOGELMAN: You never make anything in one moment. It’s a long process to build it out. The episode had been planned for quite a while, and then I’d written it over a period, and then it was filmed over a period, and then we edited it over a period, so I never had that one moment of complete cathartic release with it. I got the first cut, and it was already just great and special. There were a couple of little things for pacing or whatnot that you’re always looking for when you see something the first time, but the second time I saw it after we adjusted a couple of little things, I was able to have a bit of that complete and total experience of immersion. I wrote the directors [John Requa and Glenn Ficarra] and our editor, Bjorn [T. Myrholt], about just how incredibly special it was.