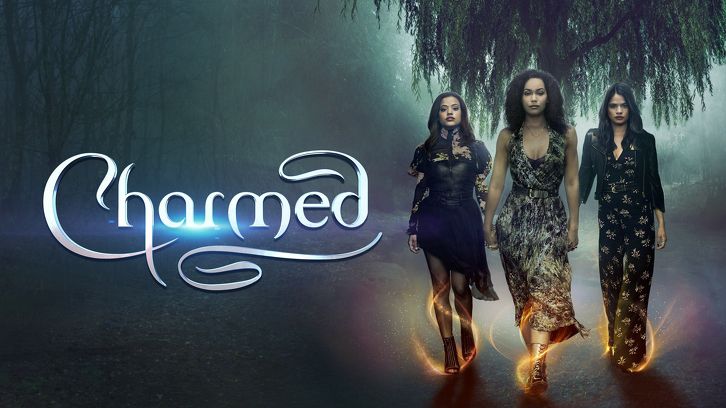 Macy: Don`t you worry Galvin. Everything is going to be alright

Is it Macy? Is it really? In a not so surprising turn of events, Macy became the Source (of all evil) and fixed all the misery conducted by Alistair. But before Macy`s blink of an eye fix, a lot of stuff went down. Anya Adams directed Red Rain written by Michael Reisz

Before digging into the events of the episode, a major shout out is due. Anya Adams did a marvelous job this week. All her choices as a director were perfect. They suited the episode well, from the angles she used, over the soundtrack to the impressive CGI. 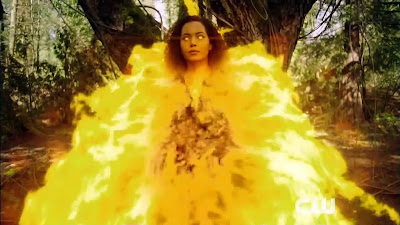 Madeleine Mantock is a force to be reckoned with. The emotions she carries with her voice, posture, facial expressions are simply impeccable and Macy`s character evolution worked just as well. Macy went a long way from the introvert overthinker we met 20 episodes ago. She loved, she let herself be loved and everything just went south when she lost the person she loved the most. Galvin wasn`t my favorite character, for most of his run during season 1 he was bland and didn`t really contribute to the story. Last night he stepped up and delivered a major character turn around as he sacrificed his life for the greater good. The episode slowly builds up to this progress and looking at it all makes sense now. The writers were smart enough to give all these small notches about sacrifice, still gave us the illusion that Galvin didn`t know about it.

The scene with Galvin sacrificing himself was simply beautiful. The emotions Macy went through were captivating and the visuals intimidating. Macy`s broken heart played out in pain as her screams were echoing from the deepest part of her. The following montage of the infected coming to peace with that sweet instrumental playing through looked heavenly. We all needed that hug Mel gave to Macy.

The guilt was eating Macy up. She blamed herself for not using her dark side and prevent all these events from unfolding. Her taking up the Source`s powers was not preventable. The visuals again were simply wow. Every scene during this episode was so well executed and unraveled with so much beauty and strength. Macy brought up the creepiness to a whole new level as the tone of her voice and facial expression changed in a single blink. As Macy stood over Galvin`s dead body a slight chill went up covered my body. 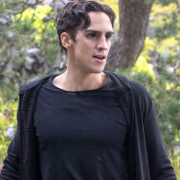 Leading up to Macy`s empowerment, we witnessed a romantic and a vicious encounter between Maggie and Demon Parker. The connection sequence was simply marvelous. Maggie`s dress, the garden surrounding them and the dough I look in their eyes, I was in awe. The battle between the two of them was badass. So well shot and so well choreographed. I was quite amused to see that Demon Parker getting his behind kicked after he played Maggie so nasty.

And while the outing, in general, was strong, parts of the episode felt rushed with slightly uneven pacing. Charity`s and Fiona`s demises felt underwhelming and meaningless compared to the build the characters got throughout the season. For Harry, I did appreciate the moment Charity and he got at the end. Charity`s downfall could`ve been used a lot better. The actions of her character were conducted out of fear and there was more space for her part of the story to be told. Alistair getting snapped was well deserved but again a bit underwhelming. He was blindly obsessive with his mission yet Craig Parker deserved a more explosive ending.

At least Hunter`s death last week felt more meaningful as it was revealed he was induced with the Harbinger and made his significant power up more reasonable. Thank you, writers.

The episode wrapped with not much story to unfold. Still, the writers set up a story with an uncertain resolution. Macy will survive that is sure but there will be consequences and next week can`t come soon enough to find out which. What are your thoughts on the penultimate episode of the season?