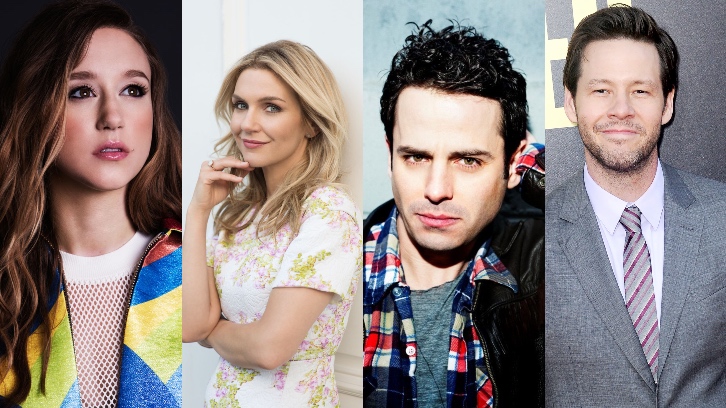 New Original Series Coming to CBS All Access in 2019

Taissa Farmiga can currently be seen in Warner Brothers’ “The Mule” opposite Clint Eastwood and Bradley Cooper, and has starred in “What They Had” with Michael Shannon and Hilary Swank, “The Long Dumb Road,” and as the title role in “The Nun.” Other film credits include Warren Beatty’s “Rules Don’t Apply,” “In a Valley of Violence,” “Higher Ground” and Sofia Coppola’s “The Bling Ring.” She also appeared on stage in an off-Broadway production of Sam Shepard’s “Buried Child.” Farmiga’s television credits include the first and third seasons of Ryan Murphy’s “American Horror Story.”

Rhea Seehorn currently stars as Kim Wexler in AMC’s “Better Call Saul.” Her other television credits include ABC’s “I’m With Her,” Fox’s “Head Cases,” NBC’s “Whitney,” “Franklin & Bash” on TNT, as well as “Trust Me,” “Dollhouse,” “Burn Notice,” “The Closer,” “Starter Wife” and “House of Lies.” She was also seen in the movie “The Shaggy Dog” and has performed on the stage in both Washington, D.C. and New York.

Luke Kirby is a series regular on “The Deuce” on HBO, and recurs as Lenny Bruce on “The Marvelous Mrs. Maisel.” His other TV credits include “Rectify,” “Astronaut Wives Club,” “The Good Wife” and “Show Me a Hero.” In film, he was last seen in M. Night Shyamalan’s “Glass” and has appeared in “Little Woods,” “A Dog’s Purpose” and “Touched with Fire.”

Ike Barinholtz was last seen in “The Oath” opposite Tiffany Haddish, which he also directed in his directorial debut. His other film credits include “Blockers,” “Snatched,” “Neighbors” and “Neighbors 2,” “Suicide Squad,” and “Sisters.” He wrote the action comedy “Central Intelligence” with writing partner David Stassen. Among his TV credits is “The Mindy Project,” for which he also served as a writer and producer.

The original “The Twilight Zone” premiered on Oct. 2, 1959 on CBS. The series took viewers to another dimension, a dimension not only of sight and sound, but of mind. “The Twilight Zone” became a worldwide phenomenon as it used socially conscious storytelling to explore the human condition and culture of the times. It was a journey into a wondrous land of imagination for five years on CBS, from 1959 to 1964. The godfather of sci-fi series, the show explored humanity’s hopes, despairs, prides and prejudices in metaphoric ways conventional dramas could not. Every episode of the original series is available to stream now on CBS All Access.