The tenth-anniversary edition of the SpoilerTV Favourite TV Series Competition has come to an end, and - as you'll have seen on the final post - we have a brand new winner... 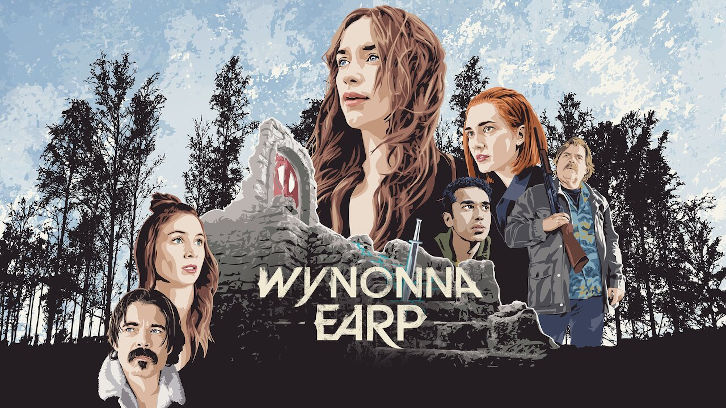 Yes, congratulations to Wynonna Earp, which becomes our seventh individual winner of the competition from the 11 times we've run it. As I wrote at the start of this year's competition, Earp had appeared only twice in four previous eligible years and was yet to win a single tie. That was very clearly not a representation of the sheer weight of numbers in the fanbase, and the passion that it so often displays. This victory is the kind of performance I'd expected from it in 2017 and 2018. That being said, I'd have never predicted it would earn the crown.

Here's the full updated ranking of every show to feature in the competition over the years. We had 15 debutants this year, taking the overall tally up to 206. Click here to view the 1-64 rankings for this year's contenders.

We had some cracking ties in this year's competition, and it was, as ever, so much fun to run. This has been a very strange year for everyone, so it's been good to see the engagement with the polls to help us pass the time during what is usually a quieter time anyway, but which feels oh so silent in the TV landscape at the moment.

Some thank yous to say. Firstly, as always, to DarkUFO. His continued maintenance of the site allows me to bring you this competition every year, and he's also quite good at all the Google Doc stuff that saves me hours upon hours of manual sorting. Thanks hugely to CJ, who as I was writing this piece at 11pm BST on Friday night, quickly designed me the brand new trophy up above despite me not even asking. Thanks also to Rendy, whose template for the competition draw I continue to use - it is so much better than the basic one I used all those years ago.

But thank you, most crucially, to you, the readers of SpoilerTV. Without you supporting the site and the competition, it couldn't possibly run - much as I want my favourites to win, I couldn't possibly run it where only I'm here to vote. Whether you voted in every poll, just one, or somewhere in between, thank you so much for engaging with the competition. I hope it's brought you some joy - and, who knows, maybe this competition has brought you to the site for the first time, and you're sticking around.

So if you are new, what's worth sticking around for? Well, the TV landscape may be quieter than a usual September, but there's still plenty of content on SpoilerTV. Alongside the typical news as and when we get it, we run reviews and features such as Throwback Thursday. I published one of those this week, on one of Person of Interest's best episodes. Read that, if that's your thing.

Congratulations once again to Wynonna Earp. It's overcome its poor past record and is a deserving champion for 2020. Will it be able to regain the crown come next year? Or will another show topple it?

Only time will tell.

For now, it is our champion.

Until next year, namaste...