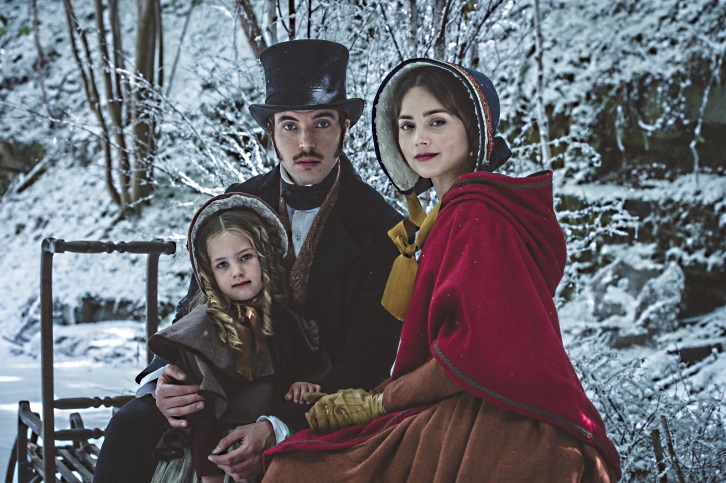 Once again written by creator and executive producer, Daisy Goodwin, the two-hour special will celebrate all of the festivities of a Victorian Christmas at Buckingham Palace.

Also reprising their roles in the historical drama are Dame Diana Rigg (Game Of Thrones) as the Duchess of Buccleuch, Alex Jennings (The Lady In The Van) as King Leopold, Peter Firth (Spooks) as the King of Hanover, David Oakes (The White Queen) as the Duke of Coburg, Margaret Clunie (Endeavour) as the Duchess of Sutherland, Catherine Flemming (Tatort) as the Duchess of Kent, Jordan Waller (Love & Friendship) and Lord Alfred Paget and Bebe Cave (Frankie) as Miss Wilhelmina Coke. Below stairs Nell Hudson (Outlander) returns as Mrs Skerrett, Ferdinand Kingsley (Borgia) as chef Francatelli and Adrian Schiller (The Secret Agent) as Penge.

Set in Christmas 1846, the episode sees Victoria uncharacteristically melancholy as she prepares to tackle her first Christmas without her beloved Baroness Lehzen. Pregnant with her and Albert’s fourth child, the festive period reminds her of her lonely childhood spent at Kensington. Albert, on the other hand is gripped by an obsession with staging the perfect family Christmas, transforming the palace into a magical festive wonderland. Tensions arise between him and Victoria, however, when Albert invites some unwelcome house guests to join the celebrations.

Below stairs, having accepted their feelings for one another, Francatelli and Skerrett are finally together. However, as romances amongst staff are forbidden, the pair cannot show that they’re in love to their co-workers which puts strain on the relationship. The situation complicates further when Skerrett inherits a large estate from an estranged uncle.