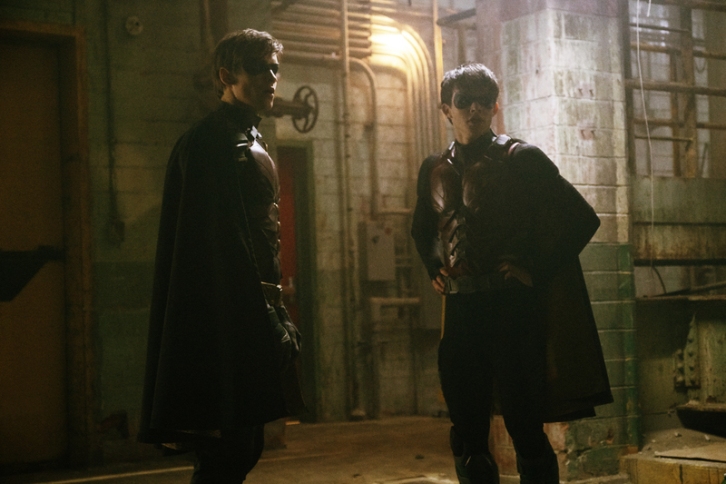 Curran Walters Interview and Sneak Peek
Thanks to Ivan for the heads up.

Synopsis
Before Dick can reunite with The Titans, he reluctantly teams with Jason Todd (recurring guest star CURRAN WALTERS), the new Robin, to catch a serial killer targeting performers from Dick's surrogate circus family from when he was a member of the Flying Graysons. But Jason's perspective on Bruce Wayne forces Dick to reexamine the truth behind their falling out.