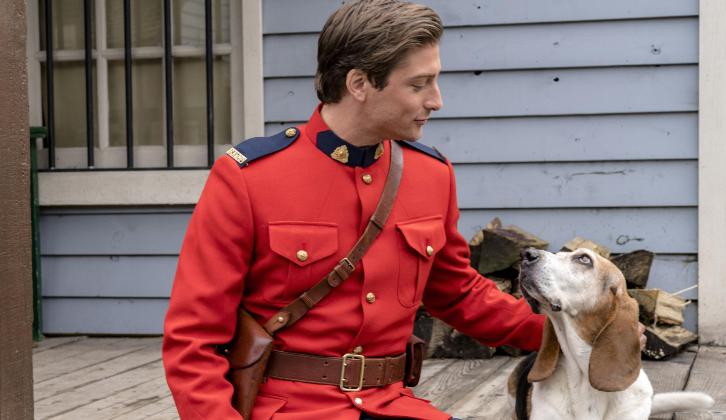 STUDIO CITY, CA – March 20, 2017 – In “My Heart Will Go On” premiering Sunday, March 26 (9 p.m. ET/PT), Elizabeth (Erin Krakow) spends her days tutoring Hope Valley’s children after school while continuing to fight for her rightful job as their teacher. Abigail (Lori Loughlin) and Cody (Carter Ryan Evancic) spearhead a letter-writing campaign for Elizabeth’s reinstatement while an unexpected ally steps in on Elizabeth’s behalf. Henry Gowen (Martin Cummins) continues to act as the puppet of Ray Wyatt (Jeremy Guilbaut), who remains intent on controlling the town and its inhabitants. Meanwhile, Bill Avery (Jack Wagner) redoubles his efforts to locate the missing witness, an accountant whose testimony could help bring Gowen to justice once and for all. Jack (Daniel Lissing) attends the funeral of a young Mountie who died in service and begins to question his own devotion to duty.