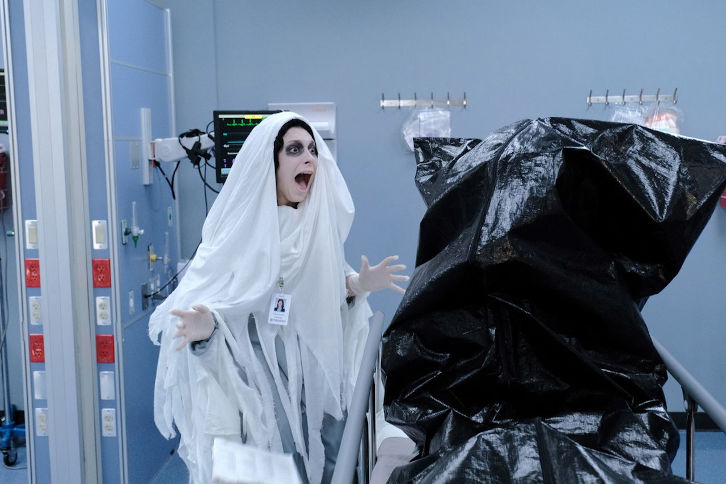 Press Release
HALLOWEEN BRINGS THE DEAD TO LIFE ON AN ALL-NEW "THE RESIDENT" TUESDAY, OCTOBER 15, ON FOX

When Devon's patient, who was pronounced dead, suddenly revives, Conrad is left doubting Devon's judgement and wondering what happened. A well-known white supremacist falls under the care of Cain and Nic, causing the two to butt heads on how to move forward. Meanwhile, on their way to a medical convention, The Raptor and Mina get stuck in a strange town, where they uncover new information about Red Rock Medical in the all-new "Belief System" episode of THE RESIDENT airing Tuesday, Oct. 15 (8:00-9:00 PM ET/PT) on FOX. (RES-305) (TV-14 D, L, S, V)