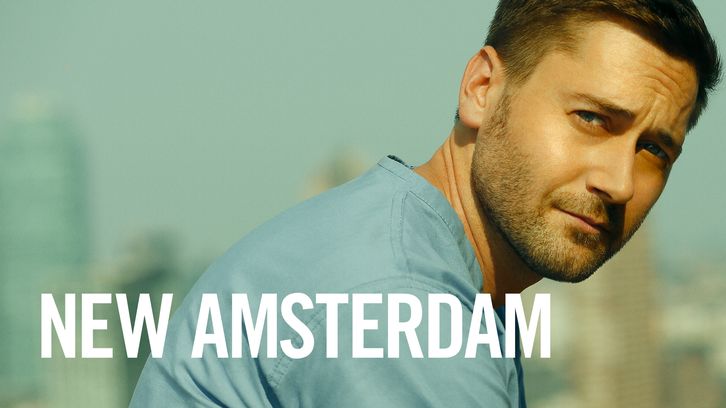 A Happy Place is something different for everyone, as seen in episode 19. Perhaps it’s in surgery, helping people, or out hitting the streets and keeping the community safe, or perhaps it’s living in a silent world.
Connected to some of the characters’ happy places, we need to talk about the idea that people are broken because they’ve been abused or had a traumatic childhood, or because they have a disability. Being deaf does not make you broken, and it does not mean you need to be “fixed”. It’s wonderful technology has advanced, in the form of cochlear implants, but that implant is not for everyone. We see this when Margot, a hearing impaired woman, struggles with her implant and realises she preferred her life the way it had been before. Her reason for the implant, to hear her wife’s voice, is beautiful, but as she has struggled with the implant their marriage has struggled. After deciding to have it removed, there’s a beautiful moment of peace at the end of the episode. In this scene of complete silence after waking from surgery, a feeling of calm washes over the viewer as it washes over Margot - as she returns to the world she knew before and finds solace.

Iggy is following up with Jemma in foster care. Jemma seems distant and distracted when he visits and it concerns Iggy. He sits down and has a talk with Jemma and it becomes clear to Iggy that he can no longer be in Jemma’s life. He knows all she has been through, so he’s a reminder to her of the past she’s trying to escape. After telling Jemma she doesn’t need him anymore and that she was never broken, Jemma hugs him. It’s a scene that will return to the viewers’ minds after the end of the next episode.

A police officer is brought in, struck by a drunk driver. The situation, however is soon to get more complicated than that. The driver of the car that struck her is also brought in. He’s a suspected DUI, but that’s not even close to the truth. Leon instead had a stroke while driving, which caused him to hit officer McNeil. More digging by Helen reveals Leon has cancer.
No, Margot and Jemma are not broken. What is broken is the healthcare system.
Leon tried to get treatment two years prior. They couldn’t treat him at the VA hospital so they gave him a voucher to use elsewhere, but the voucher wasn’t enough to pay for everything and he couldn’t afford the difference. So he never got treatment.
Despite hitting officer McNeil with his car, an accident that ultimately results in her death during surgery, the NYPD officers pass on the money collected for McNeil to Leon so he can cover the full costs of his surgery.

Max has been losing weight due to nausea and swallowing issues. Dr Stauton is pushing for him to get a feeding tube. Naturally Max is fighting this idea. Until there’s no fight in him and he yields. Near the end of the episode we see Max being prepped for the insertion of the tube. He’s alone – until Helen shows up to hold his hand and help him through it. She may not be his doctor anymore but she’s still his friend.


In episode 20, Preventable, we follow up on the death of McNeil, watch Max struggle more than ever, and start to question Iggy’s behavior.
Max is adjusting to life with his new feeding tube, and life as chemo really kicks in. He’s having some vivid nightmares about not being around to see his daughter grow up. His hair is beginning to fall out, so he dons a beanie. Here’s a tip, Max: Shave your head and be done with it. Your scalp is going to be tender and it’s just easier to help the process along. You can still hide it with the beanie (plus you’re going to be cold all the time and will need that beanie).
Max is in a mood. What he actually is is scared, frustrated, nauseated, his scalp hurts, and he’s probably coming off the steroids he likely took during each chemo session.
There’s more going on here though.
He interrupts an M&M (morbidity and mortality conference) on McNeil’s death, grills the speaker, gets Reynolds up to speak, since it was his patient who died, and then grills Reynolds. Max needs to know if this was preventable. Death needs to be preventable for him now.
The conflict escalates, until Reynolds has to point out that Max is undermining his credibility. Helen witnesses the worst of the exchange. When Max wants to keep digging, determined a death like McNeil’s won’t happen again, Reynolds has had enough and threatens to resign.
When Max won’t open up to Helen, it’s clear a part of this mood is the recent change in their relationship.
Yes, Max is scared, he’s frustrated and he’s sick – but he misses what they had. He needs that friendship they had, and he needs her as his doctor. He’s lost a confidant. And he’s lost a bit of himself.
But, worse still than any of this, we learn his cancer isn’t responding to chemo or radiation. Max is struggling with mortality.
“What’s happening to you is not fair,” Reynolds tells Max, and it’s not. It’s not fair. So can Dr Stauton get rid of her insensitive and cold plaque already?
Max makes a decision to attack this cancer head-on, by increasing his chemo dose. Starting immediately. I hope he has a comfy couch and some really good crackers – because both will soon become his best friends (although this is Max so he’ll likely work throughout the treatment and be pretty awful to be around for a while).

Throughout all this a few other things have been going on. Kapoor uses a woman’s yelp reviews of the hospital to diagnose her. She comes in for a sleep study, and will leave thanks to Kapoor putting all the pieces together and diagnosing meningitis before it can kill her.

Iggy’s been dealing with a teen named Avi who’s about to be discharged to move to another city with his mother. It’s a big deal for Avi, a big step in his journey, and Iggy’s just trying to make the transition as smooth as possible for the boy. Unfortunately a colleague views his interactions with Avi as inappropriate and opens a formal investigation. None of how Iggy acted in this episode was any different to how he has been since we met the character. It leads to the question: has Iggy always crossed a line with patients, or is it completely innocent and just who Iggy is? Do we judge him for getting too personal when his methods work and as far as the audience knows he’s never gone any further? Does he need to take a big step back and change how he interacts with his patients? Or is it all an overreaction? There’s a lot to question here, and we’ll surely be seeing a lot of those questions asked in the coming weeks.
Hopefully answers will be found before the finale.