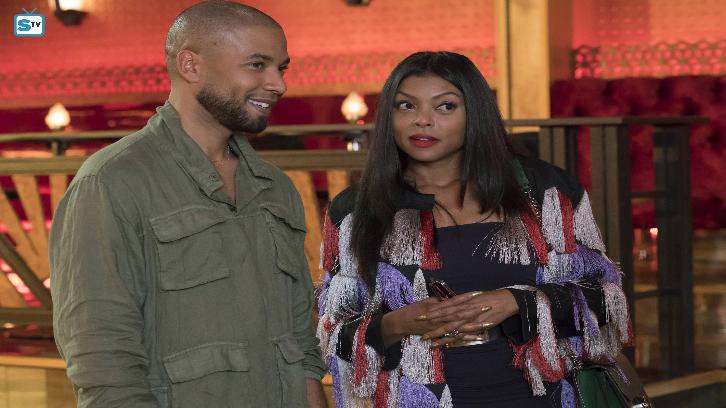 IT’S NOT SO BLACK AND WHITE ON AN ALL-NEW “EMPIRE” WEDNESDAY, OCTOBER 5, ON FOX Global Icon Mariah Carey Guest-Stars

Cookie calls in a favor with mega-superstar Kitty (guest star Mariah Carey) to record a new song with Jamal, hoping he will overcome his inability to perform. Meanwhile, Andre runs into some trouble and things don’t go as planned. Cookie and Lucious are at odds, Hakeem and Gram (guest star Romeo Miller) fight for Tiana’s attention, and things heat up between Cookie and Angelo Dubois (guest star Taye Diggs) in the all-new “What Remains is Bestial” episode of EMPIRE airing Wednesday, Oct. 5 (9:00-10:00 PM ET/PT) on FOX. (EMP-303) (TV-14 D, L, S, V)


Where and how did the idea to tackle the issue of police brutality in this way come from?

We had been talking about doing something like this, along these lines, in season two. Granted, you guys are just seeing the opening of something, but in general, what we would like to explore, what we're going to dive right into is this idea that… although the Lyon family has a lot of money, and with that comes a lot of privilege – we see how they ball out, Hakeem has all the toys in the world, we see them jet-setting around the world – what we're going to see is that because Lucious and Cookie came from nothing to build this multi-million dollar, publicly traded company it is currently, they begin to wonder if their children are a little too sheltered. So this idea that just because you're rich and cultured and manicured and educated doesn't mean that you're not black in the U.S.

Was it always going to be Andre at the center of this? What were those discussions like? Why was he the right character for this storyline?

The cool thing about writing for a show like Empire, with a story like this, it could have been any of them. But Cookie's already been through the system. ... Lucious, obviously, has, for the most part, built this empire operating still on the fringes of abiding by the law, so that could have been a way to do it. Hakeem in season one, he peed in the restaurant. So they've all had their brushes [with the law]. Jamal flirted with the dark side of life in season one but he gets shot, so we don't want to just put these dudes through whatever. But when we looked at Andre, after we went through all the permutations, when we looked at Andre, we felt like for the story we want to tell, he's the perfect choice because he did everything "the right way." He stayed buttoned-up. Going back to season one, he had been very dismissive about his father and how he built his empire, and Lucious constantly had to remind him, "You know, you guys are forever judging me and you think that I'm the devil, but we wouldn’t have any of this if I hadn’t done the things that I have done." [Andre] looks down on his mother Cookie. Again, he did everything "the right way": Wharton M.B.A., married the white girl. This is the American dream, this is what we should all aspire to. We just needed to remind him, "Oh, no, bro, you don't get a pass. You're still one of us, homie."