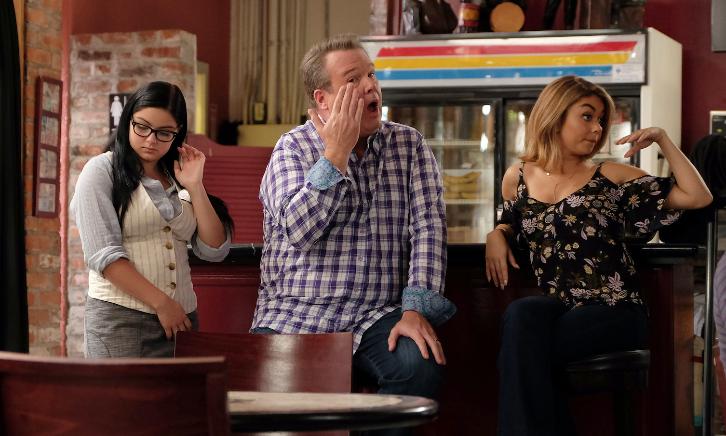 CAM GOES ON A BLIND DATE TO DISCOVER THE TRUTH, ON ABC’S ‘MODERN FAMILY’

“Sarge & Pea” – Cam is incensed that an anonymous and rude parent robbed him of a precious Lily moment during her recent dance recital. While he and Hayley visit Alex at her coffee shop the next day, he thinks he recognizes the culprit and goes to extremes to uncover her identity, and give her a peace of his mind. Meanwhile, Jay, Claire and Mitch attend a family wedding and unexpectedly run into Dede at the reception. Afraid their parents are going to once again make a scene, Mitch and Claire devise a plan to keep them apart. Finally, Phil and Gloria are on a college tour with Luke and Manny, and have very different ways of getting the boys ready to head out on this new adventure and also learning to let go.

“Sarge & Pea” was written by Abraham Higginbotham and directed by James Bagdonas.