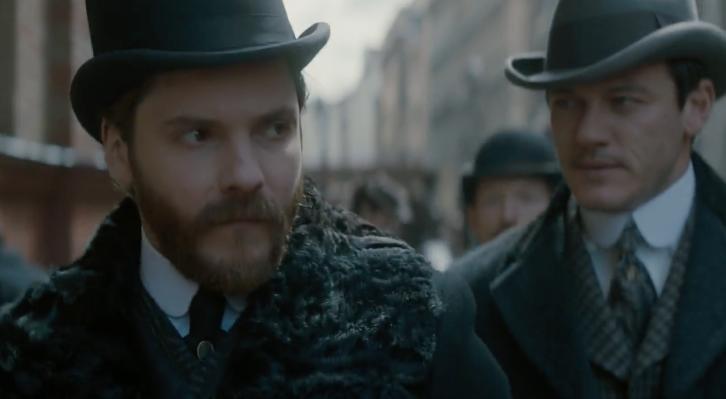 New Featurette - How the Other Half Dies with Luke Evans

New Featurette - Luke Evans Gives A Tour of the Set

Poster
Thanks to Michelle for the heads up.

The Series is a Co-Production Between Paramount Television and Turner's Studio T Watch an All-New Trailer for the Series Now:

Turner's TNT will take viewers into the darkest corners of New York City during the Gilded Age with the eagerly anticipated series The Alienist based on the Anthony Award-winning international bestseller by Caleb Carr. Set in 1896 amidst a backdrop of vast wealth, extreme poverty and technological innovation, this psychological thriller stars Daniel **Brühl (Rush), Luke Evans (The Girl on The Train), Dakota Fanning (American Pastoral) and Brian Geraghty (The Hurt Locker). The Alienist is slated to premiere on Monday, Jan. 22 at 9 p.m. ET/PT across TNT platforms.

The Alienist also stars Douglas Smith (Miss Sloane) and Matthew Shear (Mistress America) as Marcus and Lucius Isaacson, twin brothers who help unravel the disturbing mystery; Matt Lintz (Pixels) as Stevie, a tough, young boy employed by Dr. Kreizler as a driver and errand boy; Robert Ray Wisdom (The Wire) as Cyrus, Kreizler's valet, a man with a dark past who has been reformed by Kreizler; and Q'orianka Kilcher (The New World) as Mary, Kreizler's mute maid with whom he shares a special unspoken connection.

Here’s an exclusive look at the new trailer for @TheAlienistTNT. Can’t wait for you to see it in 2018! #TheAlienist pic.twitter.com/A2weGBPVHZ