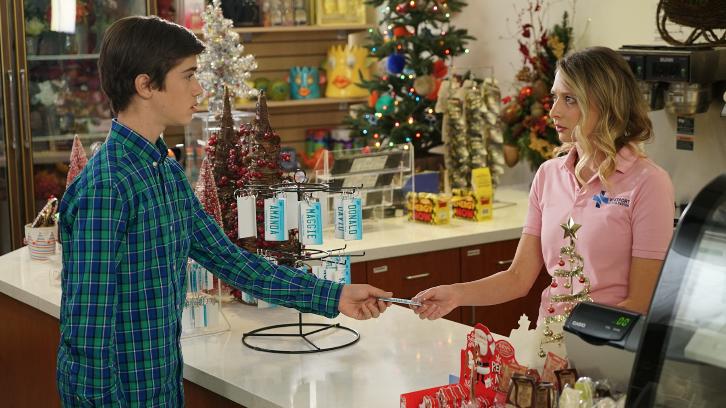 IT’S A DAY FULL OF SURPRISES, ON A SPECIAL HOLIDAY EPISODE OF ABC’S ‘AMERICAN HOUSEWIFE,’ PART OF THE ’25 DAYS OF CHRISTMAS’ PROGRAMMING EVENT

“Blue Christmas” – When Doris goes into labor and Katie heads to the hospital to be with her, the Ottos struggle to be in the same place at the same time in order to open their Christmas presents together, as is the Otto family tradition. Meanwhile, Taylor coaches Oliver on the best way to ask out a crush, starting with the gift shop clerk, on a special holiday episode of “American Housewife,” airing as part of Disney|ABC’s special “25 Days of Christmas” programming event, WEDNESDAY, DEC. 13 (9:31-10:00 p.m. EST), on The ABC Television Network, streaming and on demand.

“Blue Christmas” was written by Lindsey Stoddart and directed by Ken Whittingham.