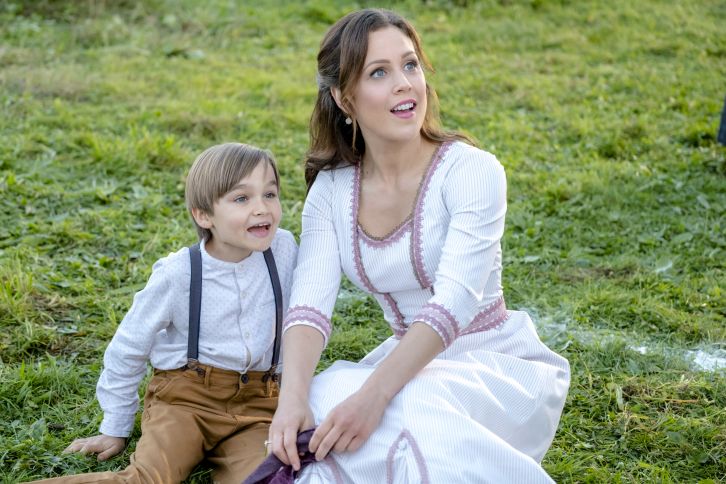 
STUDIO CITY, CA – February 27, 2017 – In “The Heart of the Community” premiering Sunday, March 5 (9 p.m. ET/PT), Abigail (Lori Loughlin) finalizes a deal with Ray Wyatt (Jeremy Guilbaut) to bring the railroad to Hope Valley and new families flock to the town with the promise of work. When word reaches the town that a notorious gang is at large and may be heading their way, Jack (Daniel Lissing) and Bill (Jack Wagner) enlist Frank’s (Mark Humphrey) counsel in thwarting their plan to rob the incoming stage carrying the railroad’s payroll. Elizabeth (Erin Krakow) takes a strong interest in new student Philip Cantrell (Liam Hughes), whose single father Shane (Niall Matter) is working overtime at the mill and has little time left over for his son. Elizabeth plans a carnival to raise much-needed money for supplies the school needs to accommodate the new students and the entire town turns out in support. Rosemary’s (Pascale Hutton) new job at the café comes to an abrupt end but she quickly sets her sights on a new opportunity.