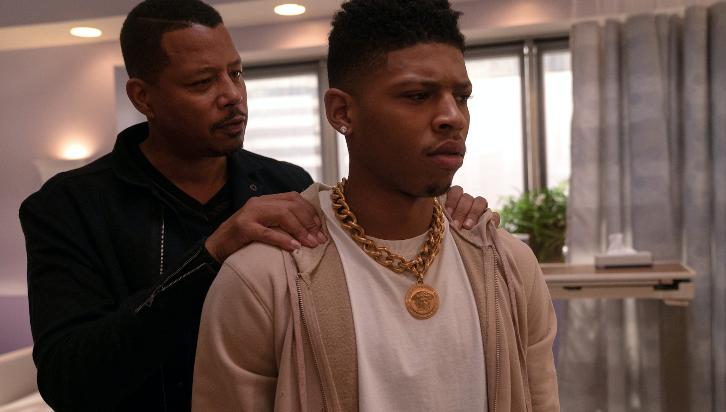 Press Release
THE LYONS WONDER IF THEIR NEW ARTIST HAS WHAT IT TAKES ON AN ALL-NEW "EMPIRE" WEDNESDAY, OCTOBER 31, ON FOX

Lucious and Cookie prep their new artist Devon (guest star Mario) for a premiere listening party, but worry he may not be ready for that kind of pressure. Hakeem is determined to convince Tiana that he's matured, but she has a hard time letting go of everything they've struggled through the past couple years. Meanwhile, Cookie becomes concerned about Jamal in the all-new "The Depth of Grief" episode of EMPIRE airing Wednesday, Oct. 31 (8:00-9:00PM ET/PT) on FOX. (EMP-505) (TV-14 D, L, V).