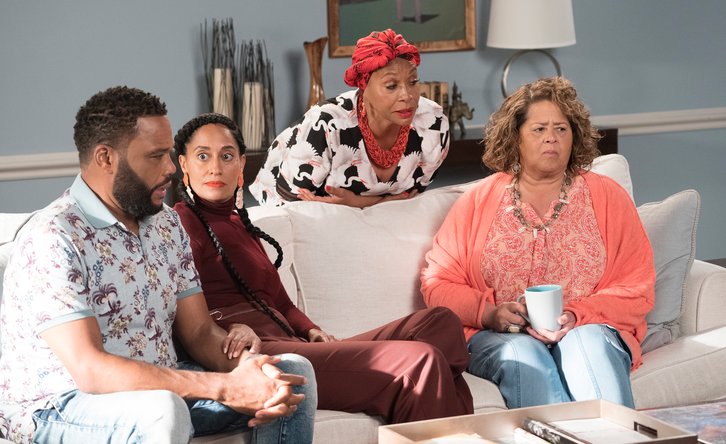 Press Release
BOW’S MOM VISITS THE FAMILY FOR THE FIRST TIME SINCE THE LOSS OF BOW’S FATHER ON AN ALL-NEW EPISODE OF ABC’S ‘BLACK-ISH,’ TUESDAY, NOV. 20

“Good Grief” – Bow’s mom, Alicia, visits the family for the first time since the loss of Bow’s dad, and she is still heavily grieving. Bow decides to throw a big luau-themed party for what would have been her dad’s next birthday. Meanwhile, Mason has an extra ticket to an MMA fight and invites Diane on the same night as the party, on “black-ish,” TUESDAY, NOV. 20 (9:00–9:30 p.m. EST), on The ABC Television Network, streaming and on demand.

Guest starring is Anna Deavere Smith as Alicia, Rob Huebel as Gary, Jeff Meacham as Josh, and August and Berlin Gross as Devante.

“Good Grief” was written by Gail Lerner and directed by Todd Holland.