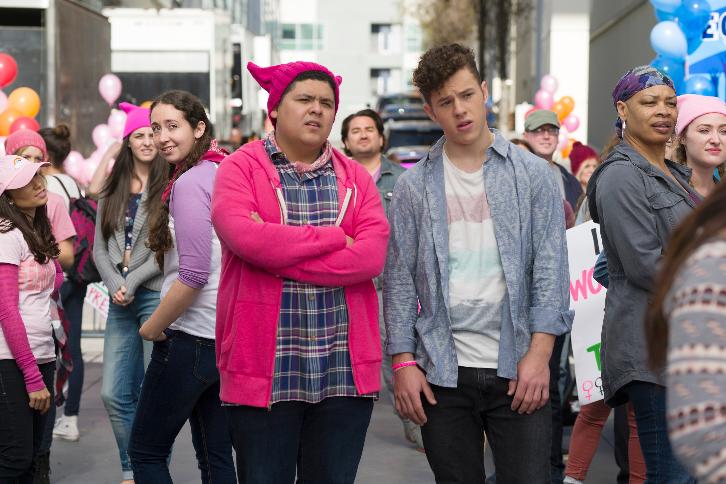 THE DUNPHY, PRITCHETT AND TUCKER CLANS ARE EQUALLY COMMITTED, ON ABC’S ‘MODERN FAMILY’

“All Things Being Equal” – Gloria, Claire, Haley, Alex, Lily, Luke and Manny are equally committed to showing their support for gender equality and the women’s movement in very different ways. Meanwhile, Jay and Phil are at odds on how their parking lot attendant, Joan (guest-star Niecy Nash), should be running their lot, and jealousy ensues when Pam prefers Mitchell’s help over Cam’s with her baby.

Guest starring is Niecy Nash as Joan and Dana Powell as Pam Tucker.

“All Things Being Equal” was written by Christy Stratton and Ryan Walls and directed by Michelle MacLaren.