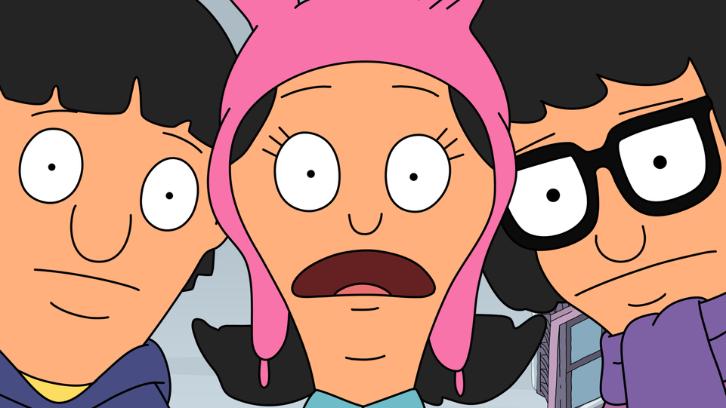 THE BELCHERS HUNT DOWN A CHRISTMAS THIEF ON THE FIRST-EVER, ALL-NEW, ONE-HOUR "BOB'S BURGERS" SUNDAY, DECEMBER 10, ON FOX

Linda is determined to host a party at the restaurant, in an effort to spread a little extra cheer around the neighborhood. But when she realizes that her prized ornaments have been stolen, she quickly begins questioning all guests, including Marshmallow's (guest voice David Herman) friend - Art the Artist (guest voice Adam Driver). However, the kids have their own theory, attributing the robbery to the anti-Santa - The Bleaken - in the all-new "Bleakening Part 1/Bleakening Part 2" one-hour musical episode of BOB'S BURGERS airing Sunday, Dec. 10 (8:30-9:30 PM ET/PT) on FOX. (BOB-716/717) (TV-PG L, V)