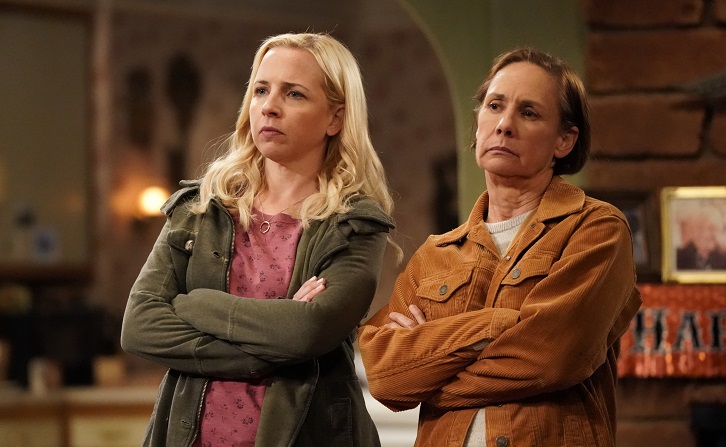 Press Release
"Nightmare on Lunch Box Street" - Jackie learns that the Chinese restaurant is going out of business and sees an opportunity to reopen the Lunch Box, but she's caught by surprise when she uncovers a secret. Meanwhile, Mary gets upset when a woman assumes she is adopted, and Darlene continues to deal with her complicated love life on "The Conners," TUESDAY, OCT. 29 (8:00-8:30 p.m. EDT), on ABC. Episodes can also be viewed the next day on ABC.com, the ABC app and Hulu.

Guest starring is Estelle Parsons as Bev and Jay R. Ferguson as Ben.

"Nightmare on Lunch Box Street" was written by Debby Wolfe and directed by Gail Mancuso.