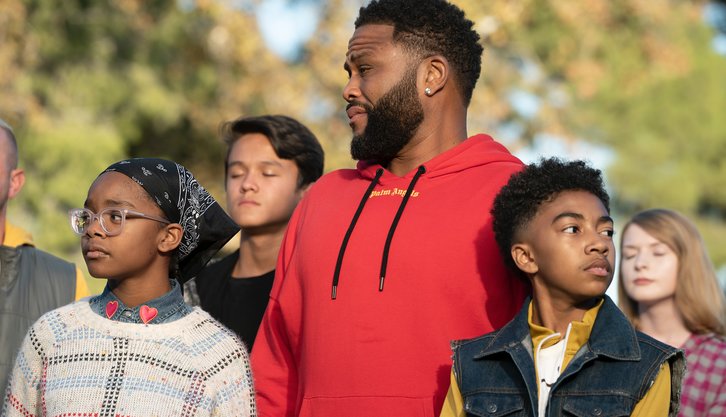 Press Release
DRE MUST TAKE JACK AND DIANE ON A CAMPING TRIP FOR SCHOOL AND HATCHES AN ESCAPE PLAN, ON ABC’S ‘BLACK-ISH,’ TUESDAY, JAN. 8

“Wilds of Valley Glen” – Dre must take Jack and Diane on a mandatory camping trip for school and hatches a plan for them to escape to a fancy hotel for some pampering. Meanwhile, Bow gets an award at work, but feels undermined after a colleague is surprised to learn that she went to USC for med school, on “black-ish,” TUESDAY, JAN. 8 (9:00–9:30 p.m. EST), on The ABC Television Network, streaming and on demand.

Guest starring is Jeff Meacham as Josh, Nicole Sullivan as Janine, and August and Berlin Gross as Devante.

“Wilds of Valley Glen” was written by Christian Lander and directed by Claire Scanlon.