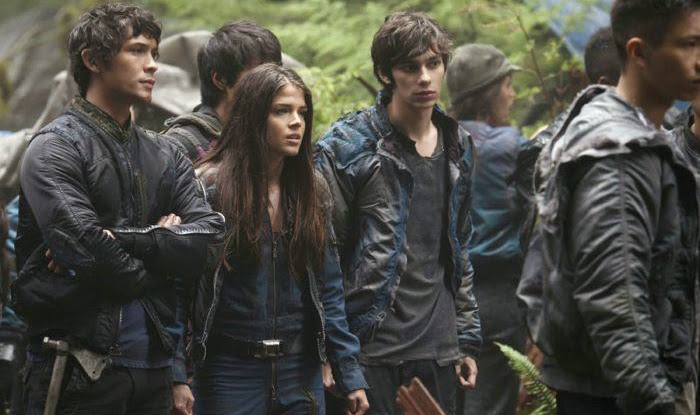 The fourth episode of The CW's The 100 does a great job of progressing several storylines. Tonight's episode was once again full of action with several characters involved in various typed of conflict. Thanks to The CW, SpoilerTV has access to screeners for several of the season's episodes, so we can bring you a bit more content than we normally can for many of the other shows we cover. Our roundtable discussion for the fourth episode has questions by Jimmy Ryan, with comments thanks to Daniel van der Veer and Pablo Troncoso Uriarte. The opinion poll is further down below.

Jimmy: First up, after the shock deaths of a couple of characters last week, how well do you think this episode followed on from those deaths and the other events that occurred?


Jimmy: Murphy is a character that I think a lot of fans loved to hate, but do you think he deserved the brutal treatment, despite not being Wells’ killer? What about Charlotte’s fate?


Jimmy: Clarke’s despise of her mother has grown rapidly as she finds new ways to hurt her, but Abby’s resolve to reunite herself with Clarke on the ground has grown at the same pace. What’s your view on this unique dynamic between mother and daughter?


Jimmy: The things we take for granted, such as family, religion, and even pencils, have inherited a whole new meaning in this series. Your comments on this?


Jimmy: Clarke and Finn continue to grow closer, but Octavia and Jasper have caught fans’ imagination early as perhaps the relationship underdogs. Were you happy with how both relationships developed in this episode?


Jimmy: With Murphy out of the picture, do you think Bellamy can become a more effective and respected leader on his own, or does he need the muscle provided by Murphy and other offsiders to prevent competition and enforce order?


Jimmy: Raven is on her way to the ground without Abby, The pod she repaired didn’t look overly spaceworthy! If she indeed makes it to the ground, how do you think that will change the situation for both the Ark and the 100 on the ground?


That concludes the roundtable for episode 4 of The 100. Feel free to share your thoughts in the comments below! If you're curious about something, or want to pick our brains for spoilers, follow us all below and send us a tweet! We'd love to hear from you.

On next week's episode, titled 'Twilight's Last Gleaming', Raven's life-threatening descent continues, the results of which divide the colony once more. Someone gets captured by the grounders, but the circumstances are not what you'd expect. And the people on board the Ark unite in a powerful display of solidarity to ensure humanity's survival, but an innovative form of communication from the ground could change the game once more. This episode is definitely one that you cannot miss!

Thanks for reading and voting! See you all next week for the roundtable of 'Murphy's Law'.
The The 100 roundtable team.