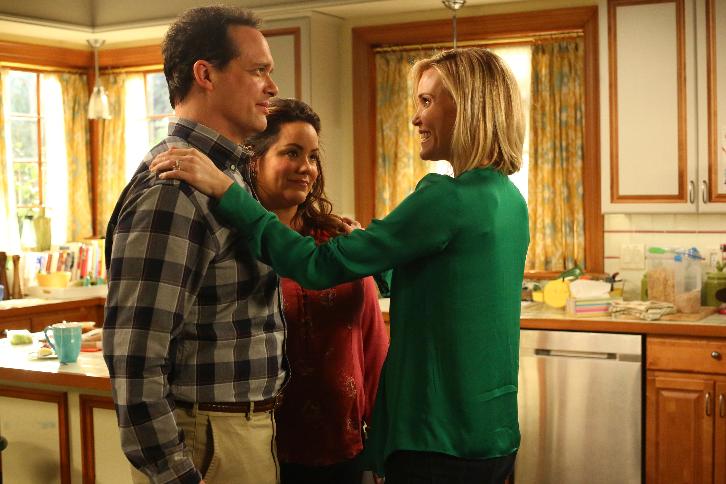 VIV LEAVES HER HUSBAND AND MOVES IN WITH THE OTTOS, ON ‘AMERICAN HOUSEWIFE’

“Other People’s Marriages” – Katie encourages Viv (Leslie Bibb) to stand up to her boorish husband, Alan, but things backfire when Viv succeeds and decides to leave him – and move in with the Ottos – on “American Housewife,” airing TUESDAY, MARCH 14 (8:30-9:00 p.m. EST), on The ABC Television Network. Jay Mohr guest stars as Alan.

Guest starring are Leslie Bibb as Viv and Jay Mohr as Alan.

“Other People’s Marriages” was written by Donald Diego and directed by John Fortenberry.