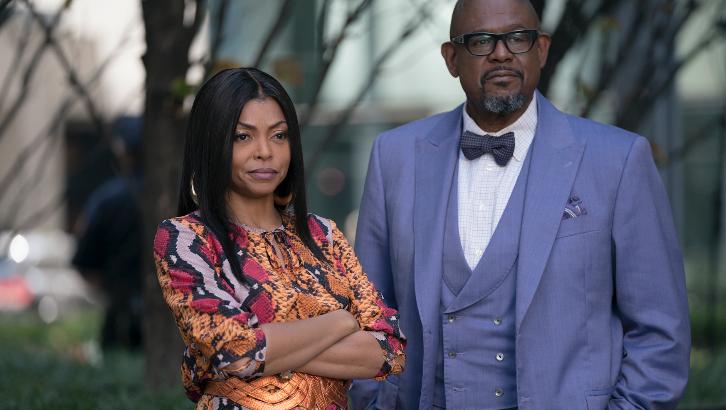 EMPIRE GOES ON STRIKE ON AN ALL-NEW "EMPIRE" WEDNESDAY, NOVEMBER 29, ON FOX

Production comes to a halt on Empire's 20-For-20 when Calvin and Porsha, feeling overworked by their new producer, Eddie Barker (guest star Forest Whitaker), call for a strike, leaving Cookie to find a solution to the issue. In an attempt to prove that he can still be the man he was before the explosion, Lucious arranges a deal on Hakeem's behalf, not knowing the repercussions that could follow. Meanwhile, love is in the air for Jamal and Andre, who each express their feelings for their significant others, not knowing the secrets that are being kept from them in the all-new "The Lady Doth Protest" episode of EMPIRE airing Wednesday, Nov. 29 (8:00-9:00 PM ET/PT) on FOX. (EMP-407) (TV-14 D, L, S, V)