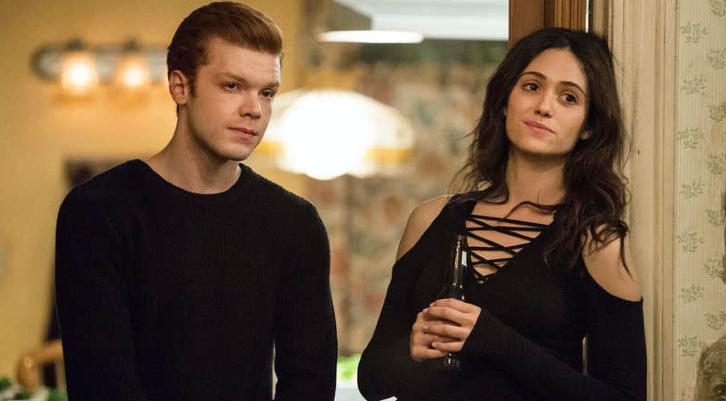 
Were you satisfied with how their story ended? Was it what you imagined for them?

I am happy with how this episode ended and the storyline there. It's not what I expected, but that's the reason that I like Shameless — it doesn't give you what you expect. It constantly surprises you with what these characters are capable of and the journeys and the growth that they kind of undergo. In that way, I think that it's a perfect, perfect way to end the episode and this particular story arc, because they get to love each other and be there for one another one last time. In the end scene, the love there and the care there is so obvious and so powerful and so palpable that, despite the fact that it ends on somewhat of a sad note, there's a lot of beauty there. Neither of these characters would be who they are without one another. Mickey doesn’t any kind of regrets when it comes to who he is or how he's loved or the time that he's been able to have and spend with Ian. He wouldn’t take it back for anything.

Will we see Mickey again? Are Ian and Mickey meant to be together?

I absolutely love playing this character and getting to work with the all the talented people on this show, so I would jump at the opportunity. It’s left open, and I don’t think anything would prevent them from living happily ever after if that's what would be best for the characters. That’s the bigger question and what would have to be decided. These characters have known each other and grown up and changed so much because of one another. That's what Shameless does well — it’s the story of people exploring themselves and growing and reaching to better themselves over and over again. As long as that continues to happen, I'll be happy.

In the season finale, the Gallaghers deal with the loss of one of their own, and grapple with mixed feelings about their grief. Fiona has to once again care for Frank in his time of need, while Frank has a new scheme in mind. Debbie, Carl, and Liam get roped into Frank's caper, while Lip takes steps to improve his future. Meanwhile, Kev and V get their revenge on Svetlana.