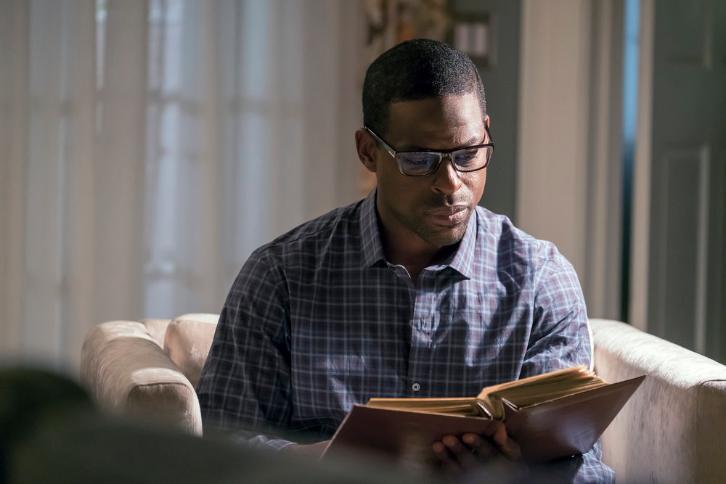 
But the season finale — which was co-written by series creator Dan Fogelman and focuses primarily on the Pearson parents — also takes us deep into the past, specifically the year 1972, right before Jack meets Rebecca. “It’s an episode that goes beyond the Jack and Rebecca that we know,” says Ventimiglia.

Indeed, Jack returns from Vietnam and is having trouble making a living, and living at home with his parents. “That was a tough era for Vietnam vets — coming home from war, they weren’t welcomed with open arms,” says Ventimiglia. “A lot of them were spit on, and coming back troubled, having seen some pretty bad things.

"THIS IS US"
"MOONSHADOW"

You never necessarily see the positivity in hitting your bottom of a drinking bender, but I think this is something that definitely could turn Jack around if he makes it. … His need or desire to take a break and do something for himself is ultimately putting him in a bad position, hopping in a car after drinking. Jack is always conflicted. He’s conflicted by his wife leaving, yet he’s making the poor choice of going to a bar or going to a drink to get away, to numb the words that he can’t say to his wife. But it’s almost like that drink is a bit of a truth serum and a relaxer to the way that he thinks, “I’m going to go get my wife back.” And it’s a poor decision on his part that may lead to his death.

Will we learn more details about Jack’s death in the finale?

Source:
Read More on EW
If Jack had the kids with him at that moment in time, do you think he would have actually gotten in the car?

No, probably not. Jack loves his family, he’s not going to make the best decisions at times; he’s not perfect. But I don’t think he’d be so clouded that if his kids or wife were around, he would make a bad decision like that.

You said at the beginning of the season that you’ve crafted Jack in the vein of your own father. How has that changed and what has your dad had to say about the character?

My father’s a great man. He taught me how to be a man and how to be kind and how to be giving as well as how to stand up for myself. Saying that I crafted Jack after my father is kind of taking the sentiment of who my dad is and the kind of reverence that I know other friends of mine or family members look at my dad. He’s very kind with his time and always there for anyone that he cares about or cares about him. It was things like that that I tried to plug into Jack… This sense of strength but also this great big heart. It’s not like I was playing my father but there was a version that felt like I was embodying my father. My dad doesn’t ask me where he got his chinos from 1996 or anything like that but my father has told me that he’s proud of me and proud of the work that I’ve been doing.

How should viewers brace themselves for this finale?

I hope everyone has recovered from William’s passing is all I’m going to say. Get ready. It’s a rocky ride at the end.