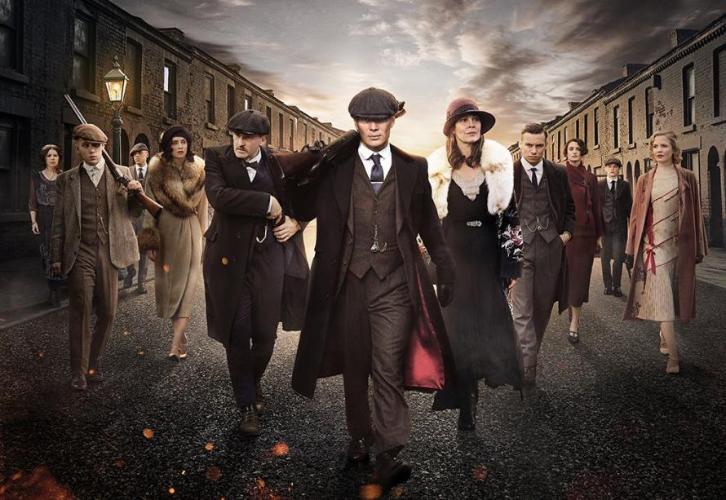 Peaky Blinders upped its game once more for the penultimate of series five, delivering what was very much a stage setter in what has felt a season’s worth of building to this moment. Mosley's speech at Tommy’s party confirmed his plans for Britain to his sympathisers; launching a new independent political organisation that has support from the working, middle and upper-class racists. Mosley's charisma is winning followers by the dozen and unless something is done to stop it, Britain could be in serious trouble. He has friends in high places too, and Tommy’s espionage – despite gaining evidence needed to link Mosley to McGovern, is quashed when Peter is killed by Mosley's friends. 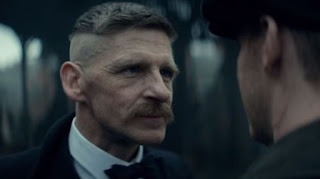 He’s dividing up England under his control, he hasn’t decided who to give the South to but has schemes that will see Tommy relinquish any control of the North and South that he has, a move that doesn’t play well with him because there’s nothing offered in return. Jimmy comes in lording his ascendancy over everyone, but there’s a mutual hatred shared between both him and Arthur that almost certainly sets up a later confrontation between the two. Following a betrayal that puts Arthur and Aberama in the middle of an ambush from the Irish in the middle of Chinese territory, they now both want each other’s throats, with Arthur having left a bomb for the Billy Boys earlier in the season.

By giving both Tommy and Arthur distinctively different enemies we’ve seen both in their own element this season, and it cannot be understated – even when the attention may be rightly given to Cillian Murphy – just how good Paul Anderson is this episode. It was a big surprise to see that Linda had survived the gunshot wound, but seeing him react to how openly she despised Arthur and wanted him alive to live in his own suffering was a display of what Anderson is truly capable of, bringing conviction to his portrayal of a broken man. If last week was Polly’s time to shine, Peaky Blinders in turn devotes this episode’s attention to Arthur, and Anderson very much proves his character is deserving of the attention. At this point Arthur has a death wish with little to lose, and despite being told that he has everything to live for, he’d rather go out all guns blazing.

It helps that this show looks better than it has done in the past and the world of 20th century Britain is brought to life before our eyes in brilliant detail, whether it’s in the Shelby Mansion, Arthur’s confrontation with the Irish, Tommy’s trip to the asylum or inside the walls of Parliament, Peaky Blinders pulls out all the stops to create a pitch perfect atmosphere. These locations feel alive and lived in, and create perfect backdrops for whatever kind of climate Steven Knight wants to throw at us. 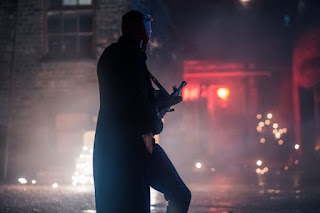 One of the more interesting developments this season is that Tommy has been largely kept out of the line of fire outside of the incident at the start of the season near his house and Linda’s interruption last episode, but that could be all set to change. There was only so much more he could take of being pushed around by Mosley – especially when a child is caught in the blast that killed Ben – and his plan of revenge, rather than a complex one, has turned out to be a straightforward assassination that puts Mosley in the firing line while Tommy is on stage next to him. Ben’s quote to Tommy – “Perhaps at last, Tommy Shelby has actually started to believe in something”, no matter how much he tries to deny it, has struck a chord, and for someone who has been seeing visions of Grace urging him to join her in the afterlife, it might finally be a direction for his life that’s worth taking, a moral cause against a greater evil. Fascism is the enemy that must be destroyed - and at all costs.

The visit to the insane asylum to recruit an old friend of his from the army - Barney Thomas – to carry out the deed, was brilliantly established. The episode built up an almost Silence of the Lambs-style premise for Barney’s introduction, as an old soldier caught in the war, and whilst things are likely not to end happily ever after for Barney, he’d much rather stay alive in the belief that one day, things might change for him. And as it turns out, that day has come – it’s a Wednesday - and he’s sprung from prison in an electric scene that raises the levels of anticipation for the finale of series five to even greater levels. And talking of electric, the music choices for this episode were played to perfection with both spot on uses of Joy Division’s Atmosphere and Black Sabbath’s War Pigs, both setting the tone for the transformation of the series, with the music embracing the series’ punk, rebellious aesthetic. When a song’s played on this show it feels – no matter how anachronistic – that it’s the perfect fit for the series and these latest offerings are no different. 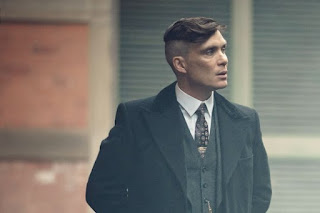 I'm watching puts it down as its best yet and it's going to be interesting to see whether or not Mosely's storyline is resolved in the final episode of season five. We still have the anomaly of the black cat - or cats - and we're no closer to learning their identity than we were last episode. But one thing's for sure, the finale is going to be an explosive one, and hopefully Steven Knight decides to take a page out of Quentin Tarantino's Inglourious Basterds and change history to give Mosley a more appropriate end befitting of what his character deserves. Sam Claflin has been ever so good at making him as hate-able as he has been, but it's rare for the show to have a main antagonist stick around for longer than a season on this series and I'd hate to see Peaky Blinders let Mosley leave any other way.