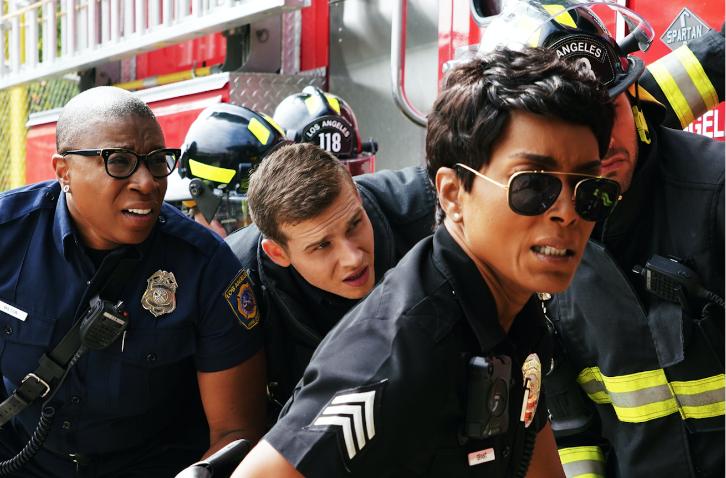 Press Release
THE FIRST RESPONDERS FIND THEMSELVES IN THE SPOTLIGHT ON AN ALL-NEW "9-1-1" MONDAY, OCTOBER 22, ON FOX

When the first responders race to the rescue of a crashed news copter, they unwittingly become the subject of an eager reporter's first on-air assignment. Meanwhile, Bobby tries to deal with his daughter's death, as Athena prepares for May's homecoming dance. Then, Maddie struggles to let go of her fear of the past. Also, the team responds to emergencies at an eating contest, a bodybuilding competition and a toddler pageant in the all-new "Dosed" episode of 9-1-1 airing Monday, Oct. 22 (9:00-10:00 PM ET/PT) on FOX. (NIN-206) (TV-14 D, L, S, V)