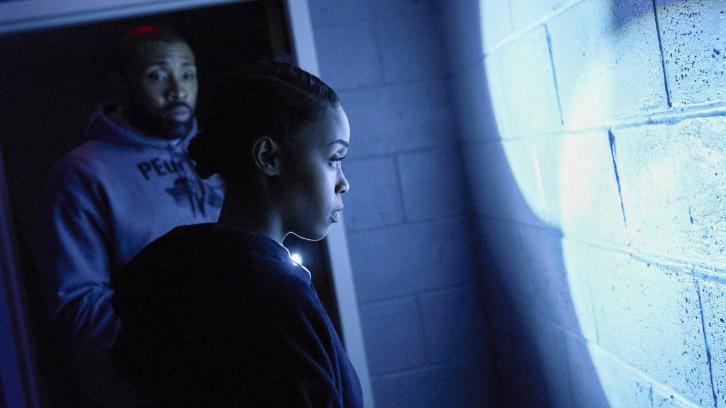 Variety Interview
What will training look like for the two of them?

It looks very much like father-daughter and an extension of their relationship already. She is a spitfire who kind of acts and thinks later. He, through time and some wisdom, has learned that way is very, very dangerous. If anything, he’s a tough dad — tough love — and it also has some surprising effects. Of course she’s going to learn a lot because she’s new, but he’s also going to learn a lot.

EW Interview
At the same time, Black Lightning fans also had to say goodbye to Lady Eve (Jill Scott), who was murdered by Tobias’ crew. Williams admitted he was sad to see Scott depart the show so soon and hopes this isn’t the last we’ll see of her. “I was sad to see her go, but also at the same time, our show is a bit quirky, so we always jokingly say that nobody is really dead necessarily,” he said.

Even if we don’t see Lady Eve again, the ramifications of her death will definitely be felt for some time. Tobias’ men killed using high-tech guns that mimicked Black Lightning’s powers in order to frame Freeland’s hero for the murder, damaging his relationships with both the community and Inspector Henderson in the process. “He’s gonna be a fugitive for a while,” said Williams. “I think we’ve seen already, at least in this season, he’s bold being Black Lightning. He walks down the middle of the street and is not really hiding. Now we’re gonna see him have to do things a different way because of his fugitive status.”