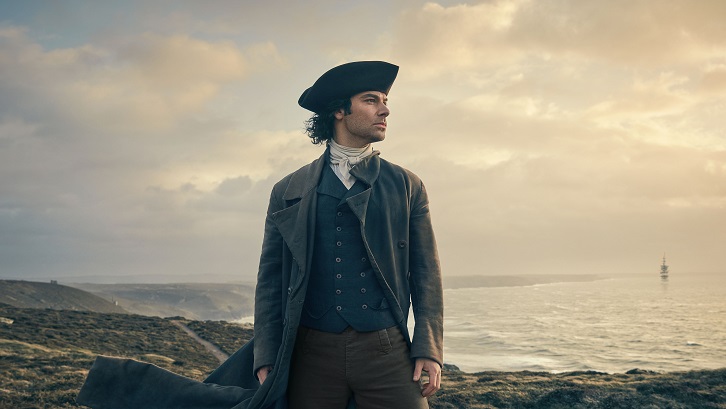 The election results are announced and Unwin is tied for the second seat - but the mob has reached boiling point and Unwin Trevaunance (Hugh Skinner) is attacked.

Elizabeth (Heida Reed) travels to Bodmin, knowing if she does not she will not be able to stop worrying about Francis, or Ross. George (Jack Farthing) eavesdrops on Demelza’s (Eleanor Tomlinson) conversation with Justice Lister, intervening to reveal she is the wife of the trial’s defendant and attempting to influence the case.

Dwight discovers Francis very much alive in his room and persuades Francis not to try again. Meanwhile the prosecution ties the rioting of the previous night to Ross’s behaviour and presents a series of witnesses supposedly comprised of Ross’s friends. However, when Jud (Phil Davis) is on the stand, he comes out with an unexpected account of events.


Ross prepares to make his speech - one prepared by his Clymer - but goes decidedly off-script, sticking true to his principles. Despite Justice Lister wishing to make an example of Ross’s revolutionary ways, will the jury of Cornishmen rally to save Ross…