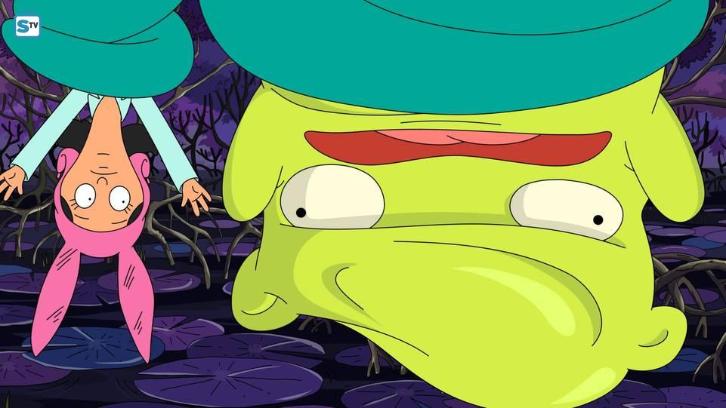 CAN LOUISE FORGIVE HER FAMILY AFTER A BIG MISTAKE -- FIND OUT ON THE ALL-NEW SEASON SEVEN PREMIERE OF “BOB’S BURGERS” SUNDAY, SEPTEMBER 25, ON FOX

When the youngest Belcher comes down with an epic case of the flu, Linda has a mishap as she tries to deliver Louise’s favorite toy to her daughter’s bedside. After Louise vows that she will never forgive her family for their mistake, she falls into a wild fever dream filled with familiar faces, zany musical numbers and a crazy adventure. Don’t miss the all-new “Flu-ouise” Season Premiere episode of BOB’S BURGERS airing Sunday, Sept. 25 (7:30-8:00 PM ET/PT) on FOX. (BOB-611) (TV-PG; D, L, V) CC-AD-HDTV 720p-Dolby Digital 5.1