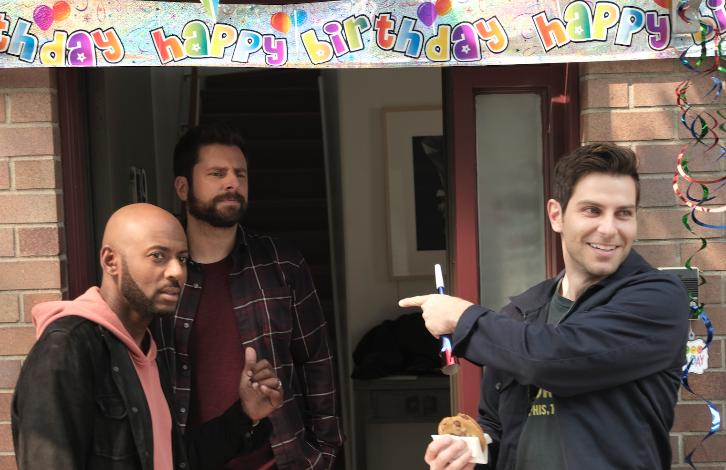 Press Release
“save the date” – Gary, Rome and Eddie discover that Jon really thought of everything before his passing by planning a surprise outing for Gary’s birthday at a Bruins Fantasy Camp. However, when a grave secret is exposed, Gary’s special day takes a turn for the worse as it creates conflict for everyone in the group on “A Million Little Things,” airing WEDNESDAY, OCT. 10 (10:00-11:00 p.m. EDT), on The ABC Television Network, streaming and on demand.

Guest stars include Sam Huntington as Tom and Lochlyn Munro as Coach.

“save the date” was written by DJ Nash and David Marshall Grant and directed by Richard J. Lewis.