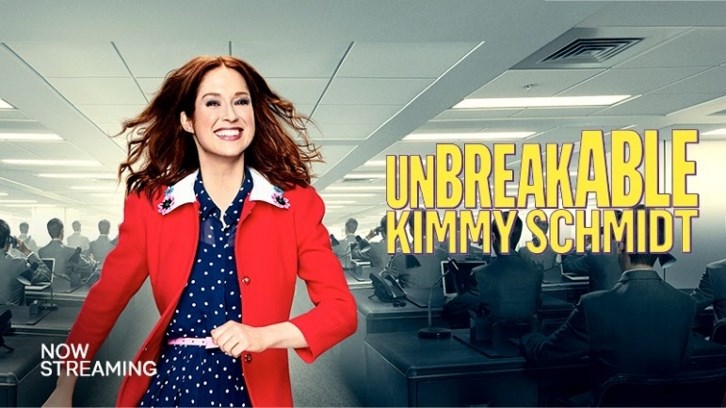 
Posters
Thanks to Pawel for the heads up.

Laura Dern, Rachel Dratch, Ray Liotta, Andrea Martin and Maya Rudolph also will make their debuts this coming season, while the show will welcome a slew of returning faces, including Fred Armisen, Anna Camp, Mike Carlsen, Josh Charles, David Cross, Tina Fey, Jon Hamm and Amy Sedaris. Details about who the new additions will play are being kept under wraps.

In addition to the guest lineup, Netflix on Thursday unveiled a description for the season three premiere. According to the streamer: "Kimmy (Ellie Kemper) finds herself in an unfamiliar position with the Reverend (Hamm) back in her life. Titus (Tituss Burgess) returns from his cruise and auditions for an exciting new role. Lillian (Carol Kane) has to break up with her boyfriend Robert Durst (Armisen)."

Teaser Promo
Join the formation. Season 3 of Unbreakable Kimmy Schmidt is coming to Netflix May 19.