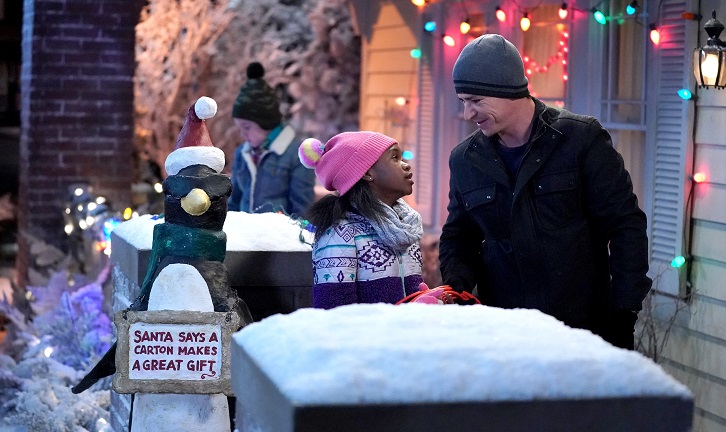 Press Release
"Smoking Penguins and Santa on Santa Action" - Dan is disappointed when everyone but Becky forgets about his birthday. Meanwhile, Darlene and Ben face an issue at work, and Dan takes advantage of THE FAMILY Christmas Santa photo to force Jackie to befriend Louise on the fall finale of "The Conners," TUESDAY, DEC. 10 (8:00-8:30 p.m. EST), on ABC. Episodes can also be viewed the next day on ABC.com, the ABC app and Hulu.

Guest starring is Katey Sagal as Louise and Jay R. Ferguson as Ben.

"Smoking Penguins and Santa on Santa Action" was written by Kimberly Altamirano and Simone Finch and directed by Jody Margolin Hahn.