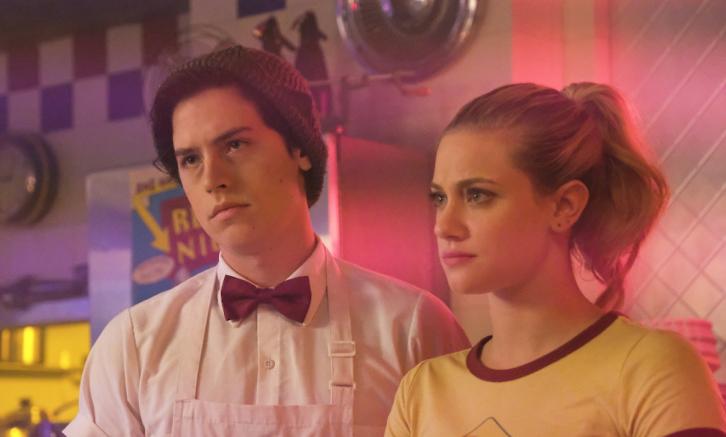 
New Teaser - Cheryl
Thanks to A for the heads up.


Will other secondary characters be getting more screen time this season as well?

Source:
Read More on Variety
So now that we know Fred is alive and awake, how will this change him?

I think Fred is traumatized. I really do. I think he’s sort of going through the motions and he hasn’t connected back into what his life is. I can only imagine if something like that were to happen to you, you hit the pause button in your life and it makes you think about a lot of different things. He definitely comes out of it a different guy.

What’s his relationship going to be like with Hermione (Marisol Nichols) now that Hiram (Mark Consuelos) is back?

Well you know with triangles they get a little pointy! That’s what happens. We’re gonna start digging into that here pretty soon. She’s the one with the problem — she was the one who was married. I didn’t do anything wrong.

SAVING POP’S — With the gunman still at large and the residents of Riverdale on edge, Betty (Lili Reinhart) leads the charge to save Pop’s after learning that the diner may be forced to close its doors forever. Meanwhile, the gang becomes increasingly concerned for Archie’s (KJ Apa) well being after noticing a string of unusual behavior from him. Elsewhere, Betty and Veronica (Camila Mendes) approach Cheryl (Madelaine Petsch) and Josie (Ashleigh Murray) for their help saving Pop’s, while Jughead’s (Cole Sprouse) attempt to find FP (Skeet Ulrich) a new lawyer may have some serious repercussions. Finally, when a past betrayal unexpectedly comes to light, Veronica finds herself at a crossroads with Hiram (Mark Consuelos) and Hermoine (Marisol Nichols.) Allison Anders directed the episode written by Michael Grassi (#202.) Original airdate 10/18/2017.