I am so annoyed with Sonny right now. Seriously, he's acting like a jealous 5 year old.

I did love the way Ray rather expertly avoided answering his daughter's question about the dangers of his job.

We already know how good his instincts are, so it wasn't a surprise when, after realizing he couldn't avoid giving her an answer, his response was reassuring and age appropriate. 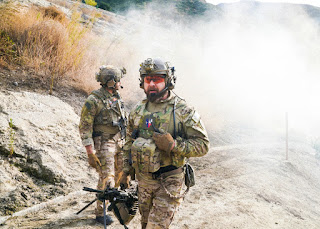 Jason is struggling. I am very curious to find out what about that argument outside the bar triggered his nightmare.

It was really good to see him return to therapy. It was a little distressing to watch Jason's reactions as the therapist got close to the root of his issues. David Boreanaz' performance in these scenes was stellar.

Clay was pretty close to the senator, so it wasn't surprising that Clay would be really bothered by the politicians throwing Ambassador Marsden under the bus.

This time it's Ray who reminds him that they are “quiet professionals”. Getting involved in the propaganda machine surrounding her death would be radioactive. I wonder if Clay will be smart enough to heed Ray's advice.

Mission: Confirm a Russian's association with Boko Haram in Niger

Bravo Team had barely landed in Niger when their mission changed.

But, there are politics involved.

Bravo Team built an obstacle course designed to drive the attackers into a kill zone. Unfortunately, this order threatens to destroy Bravo Team's advantage. So Jason takes matters into his own hands.

He grabs a US flag and waves it in front of the attackers, who, sure enough, start shooting. Jason's always been good at problem solving in the field.

Apparently, tanks do NOT beat missiles fired from an F-15. 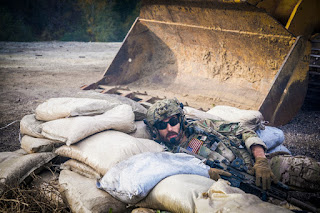 90% of the episode worked for me and the 10% that didn't (Sonny. Harrumph) was playing inside the lines of what the show is. Basically, I didn't have any technical problems with the episode.

I'm curious where Clay's story is taking him. Deciding to aim for an admiralty sounds like a good long term career plan.

I have no idea what it takes to get there. Different extracurriculars? I don't think it would require Clay to leave Bravo Team would it? Or would he have to head to OCS? Would that make him leave Bravo Team?

Since I forgot to add my quotes to the quote of the week post. Here are my quotes from the episode:

1. Ray: You know, we could use some barricades to fight from. You got tools?
Dick Gordon: We're engineers.
2. Jason: Oh, it's always fun heading into the battlefield handcuffed, isn't it boys.
3. Clay: Just wish out pull in the world went further than out bullets.
Ray: Yeah.

What did you guys think of the episode?