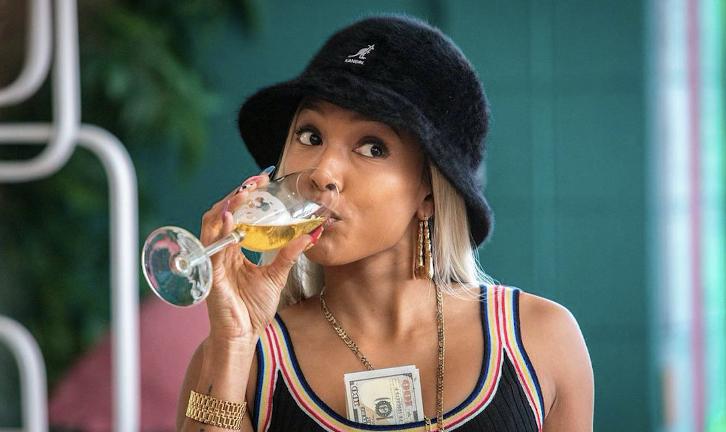 Desna (Niecy Nash) and the girls struggle to keep their hope alive while still working under the thumb of the new Russian regime, spearheaded by Riva. A blissful Desna remains in the dark about her gangster/gyno boyfriend, Ruval (Jimmy Jean-Louis). Virginia (Karrueche Tran) tells Dean (Harold Perrineau) that she’s pregnant with his baby. A newly domesticated Polly (Carrie Preston) is jubilant when tasked with being a madam for an all-male dance troupe. Meanwhile, a depressed Uncle Daddy (Dean Norris), still reeling from the loss of his beloved Juanda, has been stripped of his Dixie Mafia kingdom and is forced to do menial jobs for the Russians. The power dynamic shifts once again when Riva’s sister, Zlata (Franka Potente), arrives to change the game.

New Promo - Let's Do This

The Nails of Season 2 Featurette

Promo - Let's Do This

Claws follows the rise of five treacherous manicurists working at the Nail Artisans of Manatee County salon, where there is a lot more going on than silk wraps and pedicures. At the center of this diverse group is salon owner Desna (Nash), who works alongside her salon staff to launder money from Suncoast Rejuvenation, a barely legal pain clinic operated by the Dixie Mafia. While it has always been Desna’s mission to break free of the redneck syndicate and become her own boss, last season saw Desna trade one crime boss for another as the Russian mob took control of both the pain clinic and the salon. With new Russian management comes new problems for the women to navigate.

A multiplatform reach of 5.4 million viewers per episode vaulted Claws into the top 5 new cable dramas of 2017. Last season, the series secured strong momentum with in-season growth of more than 40% and earned the title of the #1 cable series on VOD during its run.

The complete first season of Claws will become available to stream exclusively on Hulu on May 11th, just in time for viewers to catch up on all episodes ahead of the season two premiere.