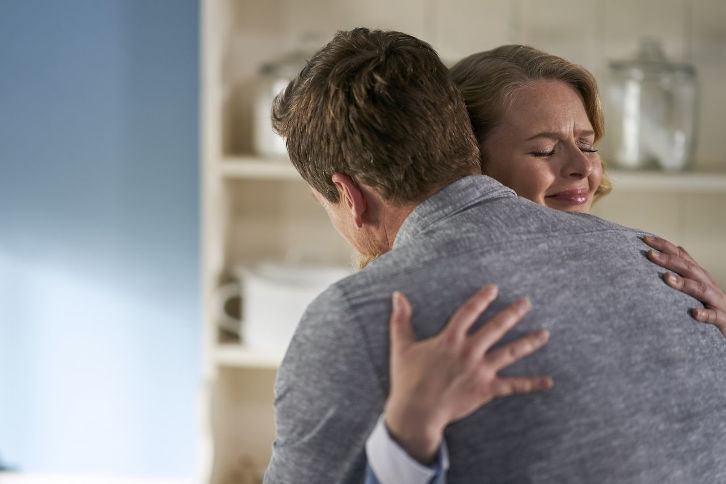 Press Release
NATHAN INVESTIGATES HIS FATHER’S ALLEGED CRIME WHILE ELIZABETH POURS HER HEART INTO HER WRITING IN ‘WHEN CALLS THE HEART’ PREMIERING MARCH 8, ON HALLMARK CHANNEL

STUDIO CITY – January 27, 2020 – After arresting his father, Nathan (Kevin McGarry) is moved by his niece to give him another chance in “Family Matters” and he investigates his alleged crime in “When Calls the Heart,” Sunday, March 8, 2020 (8 PM ET/PT) on Hallmark Channel. Despite his father’s rocky track record of broken promises, Nathan hopes for his niece’s sake that he has changed as he takes on the case of the stolen necklace. Elizabeth (Erin Krakow) watches Nathan’s niece while he leaves town to investigate, and shares more of her writing with Lucas (Chris McNally). Lucas is thrilled to see a character that seems to be based on him, though Elizabeth maintains her book is a work of fiction. Faith (Andrea Brooks) considers medical school, and faces a tough decision when she’s accepted into a program that would take her away from Carson (Paul Greene). Jesse (Aren Buchholz) and Clara (Eva Bourne) include more friends from Hope Valley in their wedding plans, causing Bill (Jack Wagner) to feel left out as roles are filled without him. Meanwhile, Fiona (Kayla Wallace) and Kevin (Clayton Chitty) pique one another’s interest.