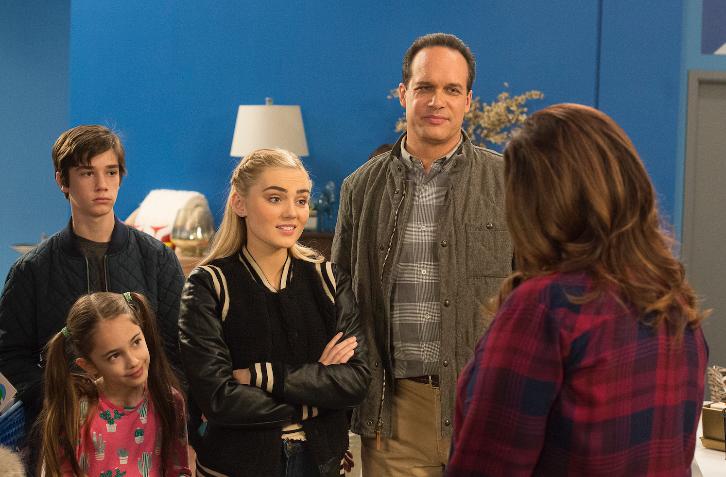 Press Release
YOU’RE IN FOR A DOUBLE DOSE OF THE OTTOS WITH TWO NEW EPISODES OF ABC’S ‘AMERICAN HOUSEWIFE,’AIRING ON WEDNESDAY, JANUARY 24

“Midlife Crisis” – Katie takes Oliver out of school for a day to help loosen him up after Oliver suffers from a meltdown about something minor. Meanwhile, Anna-Kat takes Greg to the park to help him make new friends, on an all-new episode of “American Housewife,” WEDNESDAY, JAN. 24 (8:30-9:00 p.m. EST), on The ABC Television Network, streaming and on demand.

“The Mom Switch” – After feeling unappreciated by Greg and the kids, Katie ditches her family for a day at her favorite hideaway spot and leaves Viv in charge of the household. Viv takes this as an opportunity to see if she really is mom material, on an all-new episode of “American Housewife,” airing WEDNESDAY, JAN. 24 (9:31-10:00 p.m. EST), on The ABC Television Network, streaming and on demand.

“Midlife Crisis” was written by Sarah Dunn and directed by Rebecca Asher.

“The Mom Switch” was written by Anthony Lombardo and directed by Melissa Kosar.