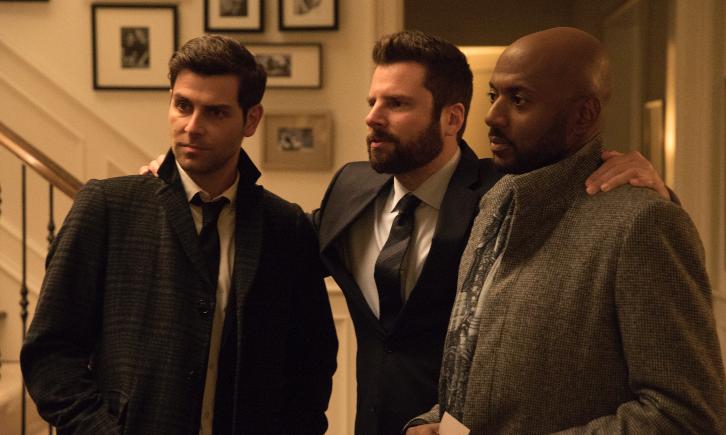 Press Release
WHEN FACED WITH SUDDEN AND SHOCKING CIRCUMSTANCES, A GROUP OF FRIENDS QUICKLY DISCOVERS THAT FRIENDSHIP ISN’T JUST ONE THING, ON THE PREMIERE OF ABC’S ‘A MILLION LITTLE THINGS,’ WEDNESDAY, SEPT. 26

“pilot” – They say friendship isn’t one big thing, it’s a million little things; and that’s true for a group of friends from Boston who bond under unexpected circumstances in the premiere episode of “A Million Little Things,” airing WEDNESDAY, SEPT. 26 (10:00-11:00 p.m. EDT), on The ABC Television Network, streaming and on demand. Some have achieved success, others are struggling in their careers and relationships, but all of them feel stuck in life. After one of them dies by suicide, it’s just the wake-up call the others need to finally start living.

“pilot” was written by DJ Nash and directed by James Griffiths.

It only takes one conversation to make a lasting connection. #AMillionLittleThings pic.twitter.com/pMDGwhAjxZ