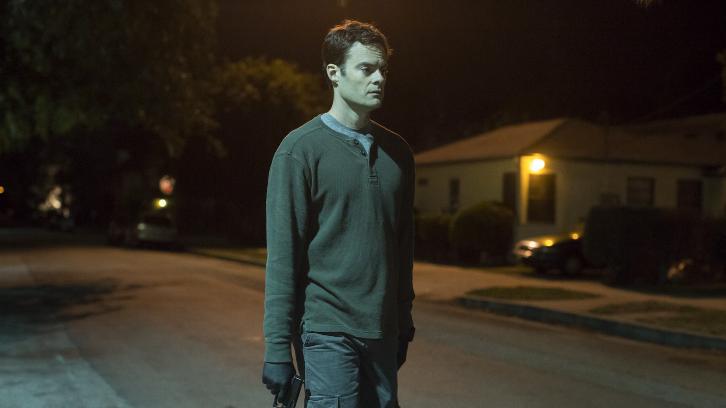 Barry is a depressed, low-rent hitman from the Midwest. While on a job in LA, he follows his “mark” into an acting class and is instantly drawn to the group of students. Barry wants to start a new life in this community of eager hopefuls, but his criminal past won’t let him walk away. Can he find a way to balance the two worlds?

Other cast regulars include: Stephen Root (“Get Out”) as Barry’s handler, who is alarmed to contemplate a future without his primary source of income; Sarah Goldberg (“Hindsight”) as a dedicated acting student who becomes the object of Barry’s affection; Glenn Fleshler (HBO’s “True Detective”) a Chechen mob kingpin whose killer instincts are (somewhat) tempered by a surprisingly sentimental side; Anthony Carrigan (“Gotham”) as the mobster’s brutal but unfailingly polite sidekick; and Henry Winkler (“Arrested Development”) as a pompous yet endearing acting teacher who takes Barry under his wing.

As well as starring in the series, Hader directs episodes of the show, marking his directorial debut.

Episode #1: “Chapter One: Make Your Mark”

Barry (Bill Hader) is a disillusioned hitman from the Midwest. His handler, Fuches (Stephen Root), sends him to LA to execute a hit for the Chechen mob, led by Goran Pazar (Glenn Fleshler) and his right-hand man, NoHo Hank (Anthony Carrigan). Barry’s target: an aspiring actor who is having an affair with Pazar’s wife. Barry follows his “mark” into an acting class taught by beloved teacher/guru Gene Cousineau (Henry Winkler), and is instantly drawn to the group of students, especially Sally (Sarah Goldberg). Barry wants to start a new life in the class, but the criminal world won’t let him walk away so easily.

The series will also be available on HBO NOW, HBO GO, HBO On Demand and partners’ streaming platforms.

Featurette - Invitation To The Set with Bill Hader

BARRY is a dark comedy starring Bill Hader as a depressed, low-rent hitman from the Midwest. Lonely and dissatisfied in his life, he reluctantly travels to Los Angeles to execute a hit on an aspiring actor. Barry follows his “mark” into an acting class and ends up finding an accepting community in a group of eager hopefuls within the LA theater scene. He wants to start a new life as an actor, but his criminal past won’t let him walk away?—?can he find a way to balance both worlds? The eight-episode series also stars Stephen Root, Sarah Goldberg, Glenn Fleshler, Anthony Carrigan and Henry Winkler.

The series was created, executive produced and written by Alec Berg and Bill Hader.

Teaser Promo
Bill Hader stars as Barry, a seasoned assassin who discovers a new passion for acting while on an assignment in Los Angeles. Coming Spring 2018 on HBO.