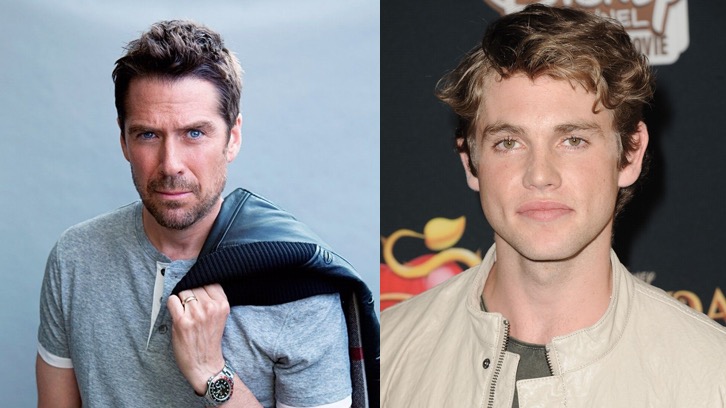 Netflix has made some casting announcements for the upcoming second season (otherwise known as Part 2) of the Chilling Adventures of Sabrina per Deadline.

McKenna Grace (The Haunting of Hill House, Captain Marvel) will guest star in the upcoming Christmas special, A Midwinter's Tale whilst Alexis Denisof (Buffy the Vampire Slayer, Angel) and Jedidiah Goodacre (The Originals, Descendants) will recur during the second season.

McKenna Grace will guest star as Li'l Sabrina, where we will get to see what Sabrina was as a little precocious pre-teen witch. As the Church of Night celebrates the Winter Solstice, Li'l Sabrina goes out of her way to ask Santa for something special.

Alexis Denisof will recur as Adam Masters, Mary Wardwell (Michelle Gomez)'s boyfriend. Handsome and charming, Adam returns to Greendale after a stint overseas working with Physicians Without Frontiers—unaware that his fiancé has been taken over by Madam Satan.

Jedidiah Goodacre will recur as the warlock, Dorian Gray. He owns Dorian's Gray Room, an exclusive nightclub. Dorian is an enigmatic gentleman of an indeterminate age that is very good at keeping secrets, especially his own — a cursed portrait he hides from prying eyes.

A Midwinter's Tale debuts December 14 on Netflix. Season 2 of CAOS will debut sometime in 2019.

Chilling Adventures Of Sabrina News: Alexis Denisof has joined the cast! The #Buffy and #Angel alum will recur as Mary Wardwell’s boyfriend, Adam who has returned to Greendale after working overseas unaware that his fiancé has been taken over by Madam Satan #CAOS pic.twitter.com/0q7TKRSSeK