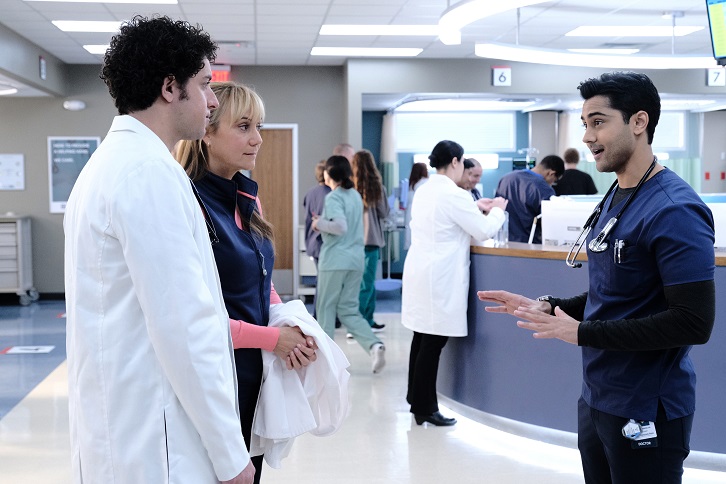 
Press Release
CONRAD TRIES TO MOVE FORWARD ON THE ALL-NEW WINTER PREMIERE OF "THE RESIDENT" TUESDAY, JANUARY 7, ON FOX

After being terminated from Chastain, Conrad has difficulty figuring out his next step and distracts himself by accompanying a patient on a zero-gravity adventure. In his first move as the new Chief of Surgery, Cain puts the doctors on a commission-based pay system, which causes Devon's new intern to agree to a procedure before weighing the risks. Meanwhile, Mina struggles with taking care of Adaku's baby and Bell's supplement company get its big break in the all-new "Free Fall" winter premiere episode of THE RESIDENT airing Tuesday, Jan. 7 (8:00-9:00 PM ET/PT) on FOX. (RES-311) (TV-14 L, V)