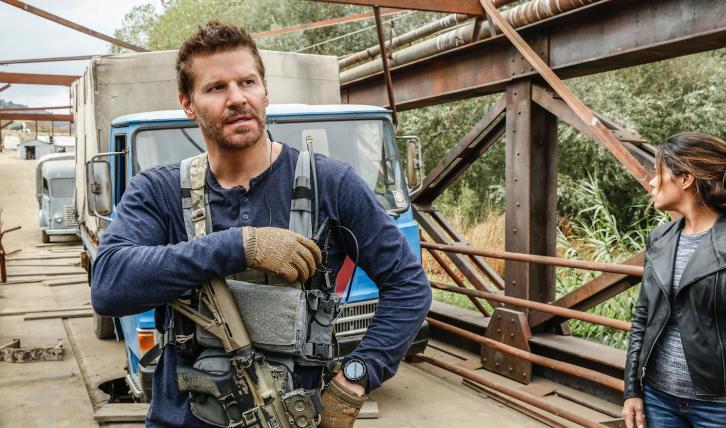 “Containment” – Jason and the SEAL team are sent to intercept the sale of nuclear weapons, but the mission goes sideways when they must make the treacherous journey back to base with nukes that have unsecured fuel rods. Also, Ray is sidelined with a shoulder injury, and Jason and Alana are shocked by their kids’ reactions when the topic of their reunion is brought up, on SEAL TEAM, Wednesday, Jan. 10 (9:00-10:00 PM, ET/PT) on the CBS Television Network.

CHEAT TWEET: #SEALTeam, Ray’s not being upfront about his injury + Jason and Alana are surprised by their kids’ reaction when they suggest that they might be reuniting! @SEALTeamCBS 1/10 9:01 PM http://bit.ly/2BftDER