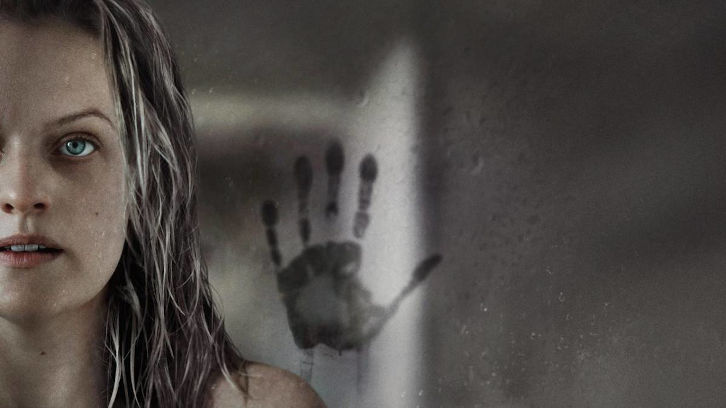 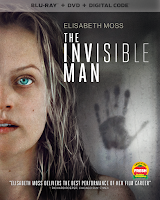 The Invisible Man was well on its way to breaking a lot of records when its theatrical release was cut short by the pandemic. Now that it’s come out on DVD/Blu-ray, I was finally able to see it! And if you haven’t seen the film it is fantastic! Elizabeth Moss as Cecelia Kass – shortened to “C” as a nickname (because she’s the only one who can “see” – yes, the whole film is that clever) – delivers a fantastic performance. Harriet Dyer is also terrific as her sister Emily and Aldis Hodge plays James Lanier, a cop and the friend who takes her in. Storm Reid is Sydney Lanier, James’ sister. In fact, all the main characters are paired with siblings, and rounding out the cast is Michael Dorman as Tom Griffen and Oliver Jackson-Cohen as his brother Adrian. 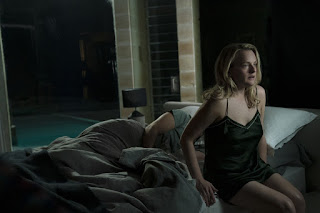 Leigh Whannell wrote and directed. Whannell is likely best known for writing the Saw and Insidious franchises, but this busy Australian also has a lot of acting credits. He does a fantastic job with this movie, creating suspense from the very first minutes of the film and keeping it up non-stop to the surprising ending. Adrian as the abusive husband to Cecelia gives new meaning to gas-lighting. The sibling dynamics also play out really interestingly through the film as do the inevitable male/female power struggles. Hodge is fantastic as James, bringing real warmth to the part. Moss once again shines as a woman finding her own inner strength. 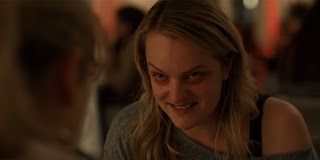 I don’t want to give away too much about the film – but I do want to talk about the terrific extras on the Blu-Ray. The extras are always fun to watch, but even moreso with this film if you are interested in filmmaking or acting as there is a real focus in a lot of them on craft. Naturally, there are some deleted scenes – including that scene that was in the commercials for the film – in which Moss insists that someone is sitting in the chair. There are a fair number of deleted scenes, and while most of them are interesting, it seems like a good call to have cut them out of the final movie. I might have left in two – one in which James has had a woman stay over and they part awkwardly in the morning is a nice bit of fun to break some of the tension. In the other, we see Cecelia getting ready for a meeting that turns out badly, but it’s clear that she sets off with all her materials ready to go. However, I also see where cutting this scene really helps to underscore our uncertainty about the main character and to highlight the gas-lighting theme. 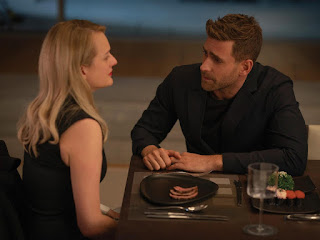 The “Moss Manifested” feature is a deep dive with Elisabeth Moss about the role and movie. She was drawn to the project due to it being centered on real characters with real problems and felt real pressure to do it right. She found the experience both challenging and gratifying. She talks in detail about the final scene of the movie – and how they had to shoot that in the first week!

The “Director’s Journey with Leigh Whannell” reveals that Whannell is a huge horror fan who really wanted to pay homage to this iconic villain. This was a really interesting segment that discussed the challenges of shooting in Australia and making it look like the US. He also breaks down one of the scenes that was shot with a robot camera and the challenges of that kind of scene. Whannell clearly enjoyed the filming and really raves about his actors – even though as a director he had a lot weighing on him. 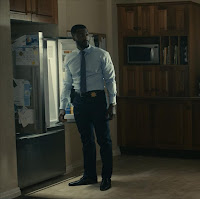 “The Players” special feature looks at the main characters. Moss remarks that she found her character to have a clear, emotional through line – and that definitely comes out in her performance. Aldis Hodge had only praise for Whannell’s direction and his creating an atmosphere in which the actors were able to take chances.

“Timeless Terror” looks more in-depth at how Whannell approached updating the invisible man. He wanted to stretch the character and build from the tradition. He also wanted something grounded in reality – both the homage and the modern twist work very well!

Finally, no DVD/Blu-ray would be complete without a commentary track. This one only features Whannell, but he’s completely able to keep your attention. I have to admit that often when it’s actors doing a commentary, I lose interest as they rarely have much to say about the film and often just babble about anything. Whannell is hugely entertaining – and does go off on some interesting tangents, but he also gives a master-class in directing: breaking down scenes and discussing his various choices for music, sets, locations, etc. He also explains why he cut the various deleted scenes – so watch those first before listening to the commentary!

If you’re like me and missed seeing the film in theatres, you definitely want to see this movie! If you did see it in theatres, the extras are definitely worth watching as value added content! The Invisible Man’s home entertainment release arrived on Digital retail platforms and is available on Blu-ray and DVD as of May 26.