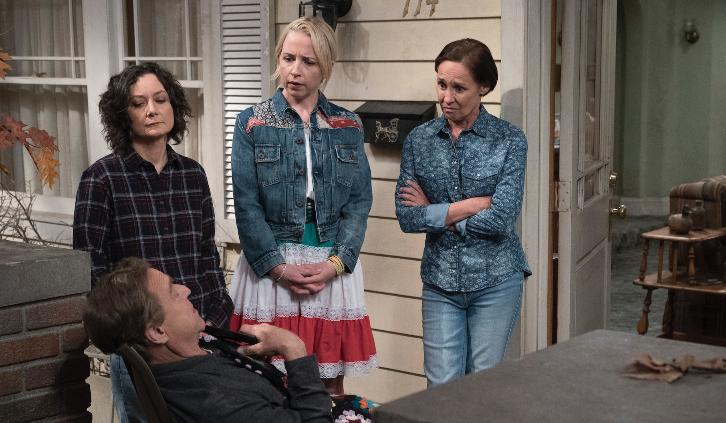 Press Release
WHEN GEENA FINDS OUT D.J. HASN’T BEEN TAKING THEIR DAUGHTER TO CHURCH, IT’S TIME FOR HIM TO THROW A HAIL MARY ON AN ALL-NEW EPISODE OF ABC’S ‘THE CONNERS,’ TUESDAY, OCT. 23

“The Separation of Church and Dan” – When Geena learns that D.J. hasn’t been taking Mary to church while she’s been away, she insists they go as a family to uphold her traditional values. To make matters worse, Mary refuses to attend without her cousins Harris and Mark, leaving D.J. in the last situation he wants to be in – at the mercy of Darlene. Meanwhile, Mark’s attempt to conduct an unbiased survey on the upcoming election for his school project goes south when Jackie volunteers to help, on “The Conners,” TUESDAY, OCT. 23 (8:00-8:31 p.m. EDT), on The ABC Television Network, streaming and on demand.

“The Separation of Church and Dan” was written by Sid Youngers and directed by Andy Ackerman.