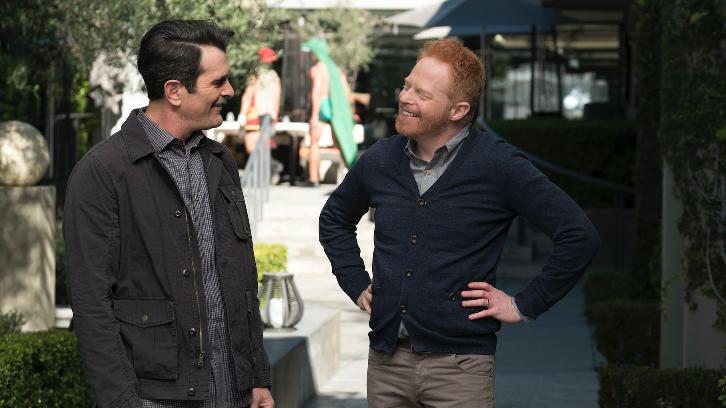 Press Release
PHIL AND MITCHELL ATTEND ‘HERO-CON,’ AND GLORIA’S PARTY FOR JOE IS RUINED BY HER NEMESIS, ON THE SEASON FINALE OF ABC’S ‘MODERN FAMILY’

“Clash of Swords” – Mitchell sneaks out to “Hero-Con” with fanboy Phil, dressed as their favorite characters from the show “Clash of Swords.” It’s great until Phil commits the ultimate fan faux pas. In a clash of another kind, Gloria’s dinosaur party for Joe is ruined when her nemesis, Dr. Donna Duncan (Jane Krakowski), upstages her with a far bigger and better party right next door, on the season finale of “Modern Family,” WEDNESDAY, MAY 16 (9:00–9:31 p.m. EDT), on The ABC Television Network, streaming and on demand.