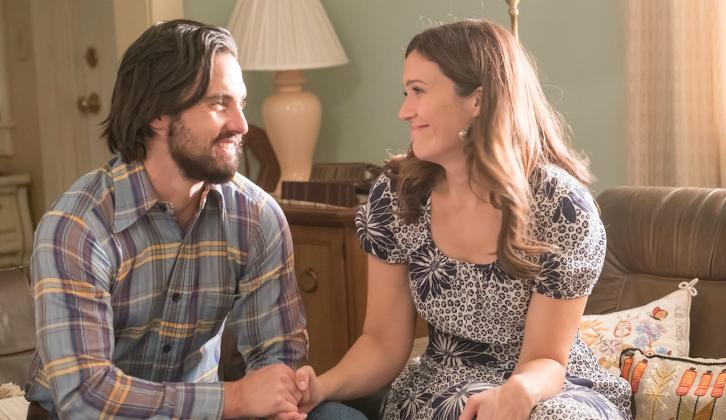 
Sam Anderson to Guest
If you caught the preview for Tuesday’s episode of This Is Us, you may have noticed that Delroy Lindo (Get Shorty) will play a judge who has some issues with Jack (Milo Ventimiglia) and Rebecca (Mandy Moore) legally adopting Randall. But there’s another judge in the episode, and the actor who will don that judicial robe is… Sam Anderson, better known as Bernard on Lost, EW has learned.

Anderson’s character presides over a different case, and this one involves William (Jermel Nakia), who has run into legal trouble.

So, do people have Miguel pegged wrong, as Dan has long hinted? Do you and John joke about that on set?

We definitely do. John is the greatest sport of all time. I mean, having to step in and fill Jack’s shoes — that’s not an easy position for anyone to be put in, but I think if anyone’s up to the task, it’s definitely John Huertas. I’ve heard that next season is going to focus a lot on their relationship, and I’m excited to build that with John. He just has such an incredible attitude. First of all, he’s so charming and so winning, just as a human, but I’m really excited for what he’s going to bring to this character to potentially win people over — and to at least get people to understand where he’s coming from. I know that’s a real tall order, but I feel like he’s up to the task. And he’s hilarious, too. I always have so much fun when we both are put through hours and hours of makeup and removal — John’s my partner in crime in that sense [Laughs]. We’re the only two actors that really know what it’s like to sit through nearly four hours of makeup all the time. And then the hour and change removal. So he’s like brother in arms in that sense. We really get each other. I’m excited about getting to work with him more in upcoming seasons. But we do joke around how people don’t like Miguel, and he’s just got a good attitude about it.

"THIS IS US"
"THE MOST DISAPPOINTED MAN"