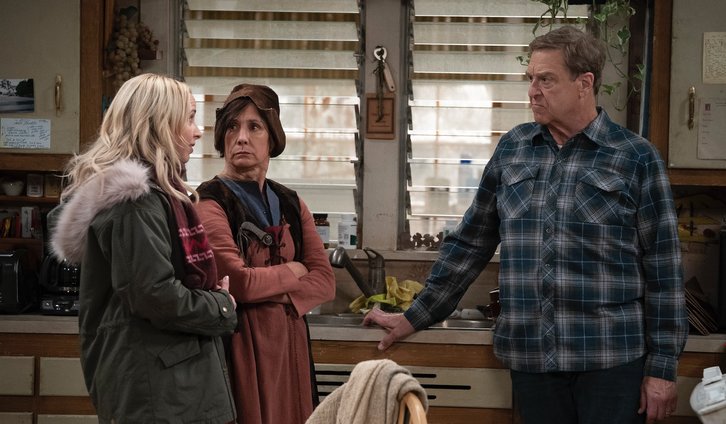 Press Release
DARLENE AND BECKY OPEN UP ABOUT THEIR PAST, WHILE JACKIE AND PETER TAKE THEIR RELATIONSHIP TO AN ODD NEW LEVEL, ON AN ALL-NEW EPISODE OF ABC’S ‘THE CONNERS,’ TUESDAY, DEC. 11

“O Sister, Where Art Thou?” – When Becky helps Harris keep a secret from Darlene, it opens up a can of worms that causes a rift between the two sisters. Jackie supports Peter with his Nordic history project, and Dan reunites with an old friend, on an all-new episode of “The Conners,” TUESDAY, DEC. 11 (8:00-8:31 p.m. EST), on The ABC Television Network, streaming and on demand. Katey Sagal, Jay R. Ferguson and Matthew Broderick guest star.

“O Sister, Where Art Thou?” was written by Sid Youngers and directed by Rebecca Asher.