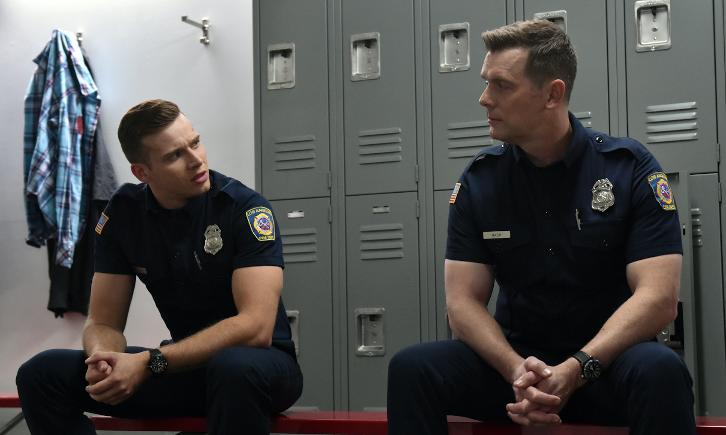 A night at an amusement park takes a deadly turn when a rollercoaster malfunction leaves lives hanging in the balance. Abby is relieved after getting some help taking care of her mother and tentatively reaches out to Buck, who is struggling with the "life or death" nature of the being a firefighter. Meanwhile, Athena and Hen respond to an unusual home invasion and a couple's dispute leads to a dramatic rescue for Bobby in the all-new "Let Go" episode of 9-1-1 airing Wednesday, Jan. 10 (9:00-10:00 PM ET/PT) on FOX. (NIN-102) (TV-14 D, L, S, V)