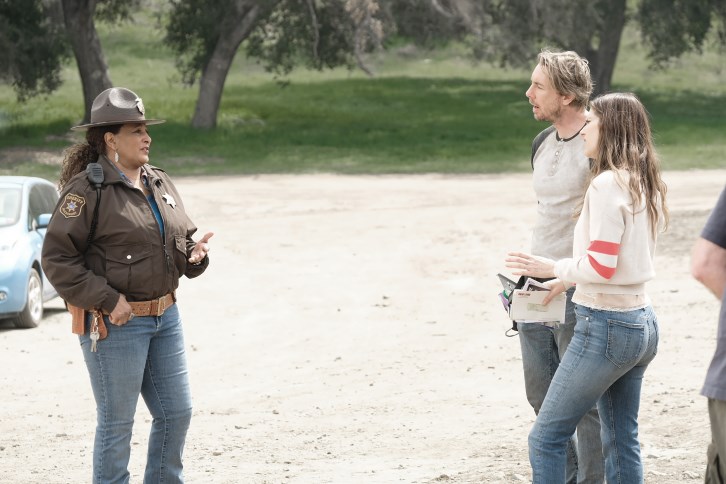 Press Release
RIO AND MIKE STRUGGLE TO ADJUST AND SHAKE THINGS UP ON AN ALL-NEW EPISODE OF ABC’S ‘BLESS THIS MESS,’ TUESDAY, MAY 7

“Predators” – Rio is having trouble adjusting to social and cultural differences between New York and Nebraska, resulting in a few awkward encounters. Through their wild chase to catch an unwanted predator that is after their chickens, Mike and Rio soon convince Rudy and Beau to step out of their comfort zones by getting them to express their feelings on an all-new episode of ABC’s “Bless This Mess,” TUESDAY, MAY 7 (9:30-10:00 p.m. EDT), on The ABC Television Network, streaming and on demand.

“Predators” was written by Craig Rowin and directed by Anya Adams.